One of the ‘Casualty Five’, fans were upset at the announcement nearly two months ago, that Adjoa Andoh was amongst the CASUALTY stars to be a victim of the producer’s axe. Adjoa has spent three years developing the role of nurse Colette Griffiths, and although she was disappointed at the news, she now feels ready to move on.

The Casualty Files talked to Adjoa, before the axing scandal hit, and she felt positive about her future storylines ahead. One of which hits our screens this Christmas. ‘Josh has not been communicating with Colette recently and despite her efforts to work on their relationship, he does not respond,’ says Adjoa who plays the nurse. ‘As she was really worried about him she’s been sharing her concerns with Simon, as he has confided in her in the past, and also because he’s a doctor. Colette believed that Josh was seriously ill and not recognising that fact. Relations between Colette and Simon warm up gradually and Colette is tempted to put her marriage in jeopardy.’ Josh was then diagnosed with the male menopause and asked Colette to have her baby, which has caused more friction between the couple, who only married last year. ‘After the viagra, he’s happy as larry for a while!’ jokes Adjoa. ‘But then he asks Colette to have children. Colette freaks out as she already thinks she’s the youngest granny ever and I think she doesn’t feel very competent in terms of motherhood, after having given her child away. She’s scared of being a parent so she is absolutely adamant that she doesn’t want more children, which puts them under pressure again.’

‘Generally loyalty is one of her best points but this is tested in the new series when Colette finds herself the object of another’s affection. She gets furious with Josh for not remembering their first wedding anniversary and the fact that Simon has been flirting like a demon doesn’t help.‘ With the couple communicating less and less, and Josh starting put his work before her – she ends up behaving badly with Simon at the Christmas party. ‘You couldn’t see that one coming!’ laughs Adjoa. Simon, in his typical style, backs off afterwards and tells Colette he wants nothing more from her, but she confesses to Comfort that she thinks her marriage is over. Adjoa believes Josh and Colette’s age gap plays a role in their problems but would like to see them sort it out, ‘I think they should work at their marriage’.

33 year old, Adjoa always knew she wanted to be an actress but ‘in my family it wasn’t a thing to do. My mum had got a place at drama school in her twenties but didn’t go. She was involved with the big movement of drama coming to the North of England in the Sixties and my dad was a journalist, so that whole ‘arty farty’ thing was knocking about.’

Having already won several awards at school for her acting, Adjoa’s English teacher in the upper sixth got drama instated as a subject for O-Levels. ‘This was one of the few exams I got an A for.’ After passing her A-Levels, Adjoa got a job with Lloyds TSB Bank for a year. ‘I loved some of the people I was working with but was bored rigid, so I applied to do a Law degree at Bristol polytechnic’.

While studying law, Adjoa joined a black women’s group and started to attend drama and dance classes. ‘Realising that my law degree was not what I wanted to do, I packed it in after two years.’ After this, Adjoa got into acting work in London including with a young theatre company called Theatre Centre, based in Islington. ‘We did fantastic shows which toured all over the country as well as Canada, US, and Italy. I felt like I was in the right place.’

Working in both theatre and television, Adjoa doesn’t have a preference, They’re really different media and they both have their strengths. I’m sitting on the fence aren’t I?’ she ponders. ‘What I love about the theatre is you get an immediate reaction from the audience and nobody edits you so that scene you thought you were brilliant in doesn’t get cut onto the editing floor. But both have plus and negative points.’

Adjoa is also a writer/ producer and co-wrote and was associate producer for What my Mother Told Me, a drama for Channel Four which was filmed here and in Trinidad. She also writes plays for radio and has worked for the Royal Shakespeare Company, the Lyric Hammersmith, Derby Playhouse, Birmingham Rep, Manchester Contact and The Young Vic, amongst others. She also wrote the profile for the Tavernier family in Eastenders. She wrote in an older daughter in the hope of wangling herself a part, but they changed the role to a son (Clyde). She eventually got her turn in Albert Square when she was cast as Clyde’s girlfriend.

As well as Eastenders, her TV work has included, Brass Eye, Jonathan Creek, The Bill and various comedies. She also had a previous role in CASUALTY in Series 8 as a mother, Maggie, who dies in a car crash, leaving her young child behind. Adjoa also ran a theatre company for seven years with her friend Polly Irvine and worked with Stephen Berkoff on The Murder of Jesus Christ before landing the part of Colette in CASUALTY, in which her character had already had plans to have a relationship with Josh. ‘I knew they were going to put us together before I signed up.’

Adjoa has enjoyed playing the role of Colette and describes her ‘She likes being good at what she does and doesn’t suffer fools gladly and that’s like me. I’m much more anarchic than her, please God! I think she’s much more sensible and organised. In the new series she gets sick of being sensible and wants to have more fun,’ she says. ‘I also think she is dependable, has a dry sense of humour and can easily see through people. Negatively, she can be grumpy and a bit sharp. As a boss, she’s a bit like a scary games teacher who you grow to like and have a good time with.’

With the busy schedules on CASUALTY, Adjoa also managed to injure herself on set, ‘I’m not particularly accident prone but I did pull my ankle recently on set. We were skipping and doing silly walks between scenes. I’m now supposed to wear this not-very-flattering ankle support. But I’m quite into homeopathy and will always give that a shot before anything else.’ She tries to explain her injury ‘If you can imagine filming in here for 12 hours straight on about 3 minutes of television because its all fiddly and intricate, a level of hysteria does set in quite quickly and rises, so by the end of the day everyone’s doing stupid voices and flicking gloves around the set and doing stupid walks which leads to injuries for some members of cast!’

Adjoa who was brought up in Gloucestershire, but has lived in London most her life, has three daughters, Jesse, Lily and Daisy, and recently married her partner last year. In her spare time she likes to relax with her family and friends, ‘I try to go to the theatre as much as I can. I loved Jesus Hopped The A Train which was on in London recently. I really enjoy the cinema and go to jazz sessions at a pub in South London whenever I’m home. I also try to fit in meeting with my friends and catching up with their news when I’m not at work.’ She also enjoys cooking ‘I’m really into Thai food. My husband and I went to Thailand for our first wedding anniversary and were are going back for two weeks this summer. I love the food there. I do like cooking, but am best at cooking puddings, especially sherry trifle and strawberry mousse.’

Adjoa, who used to be a punk rocker in her youth, says her dream job would have been to be a bass player in a band, and has a wide range of music tastes, ‘I go and see bands whenever I can. I went to an anti-landmine concert recently and saw Steve Warle and Elvis Costello. I love Stevie Wonder, Roberta Flack and Donnie Hathaway, but will always be a punk rocker at heart.’

Adjoa often gets recognised in the street, I’m always surprised at how much I get recognised because I try to look different to Colette. She’s much more formal and I guess you never really see her off duty much. So people only see her in the frock.’ And has had a number of different hairstyles throughout the years from a shaved head to having blue turquoise hair, ‘I always get fan mail asking about my hair like ‘When you had your hair done in 1990….’ she laughs.

With Adjoa leaving the show next year, we’ll have to wait and see what’s in store for Josh and Colette, and will Josh be facing more unhappiness and upheaval in his life? 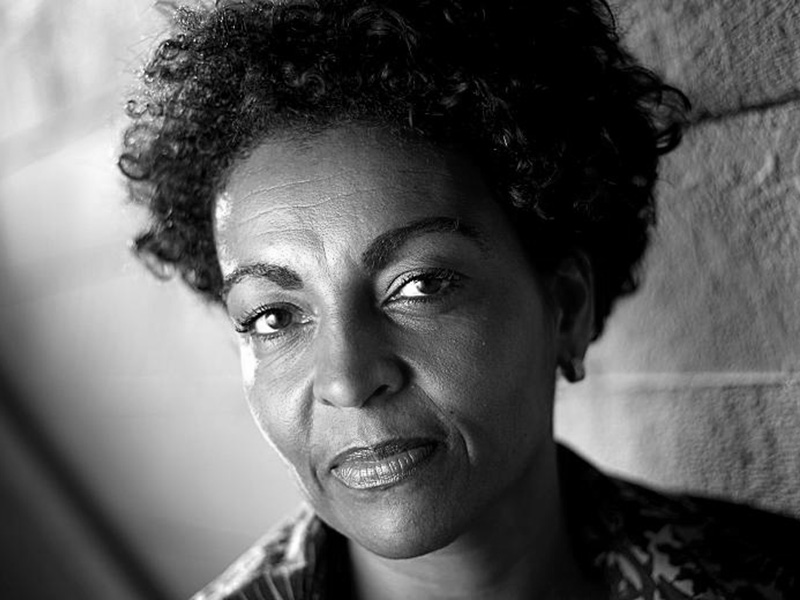 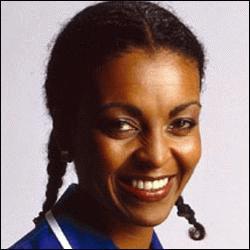