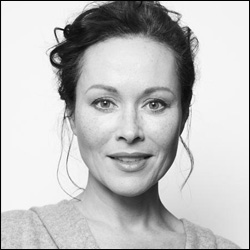 FILM CREDITS : Four Weddings and a Funeral; The Girl With Brains in her Feet; Zemanovaload

* Amanda was diagnosed with breast cancer in August 2002. Following surgery, she has now made a full recovery. She has previously revealed on camera her mastectomy scars and reconstructive surgery to show sufferers they need not feel shame, saying ‘You can still feel glamorous. And it’s great to feel feminine again’.