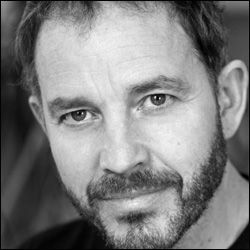 TELEVISION CREDITS : Not As Good as the Book; Nuclear Conspiracy; Zucker; Heartbeat; Waking the Dead; Doctors; The Bill; Holby City

* He was involved in a motorbike accident in 2001 and spent the next four years in a wheelchair while his leg was being rebuilt and while he was rehabilitating. Now he is able to walk again – and without even a limp. His character Paul Rose in Holby City made a similar recovery, although the reason that he spent time in a wheelchair and subsequently recovered was never explained.