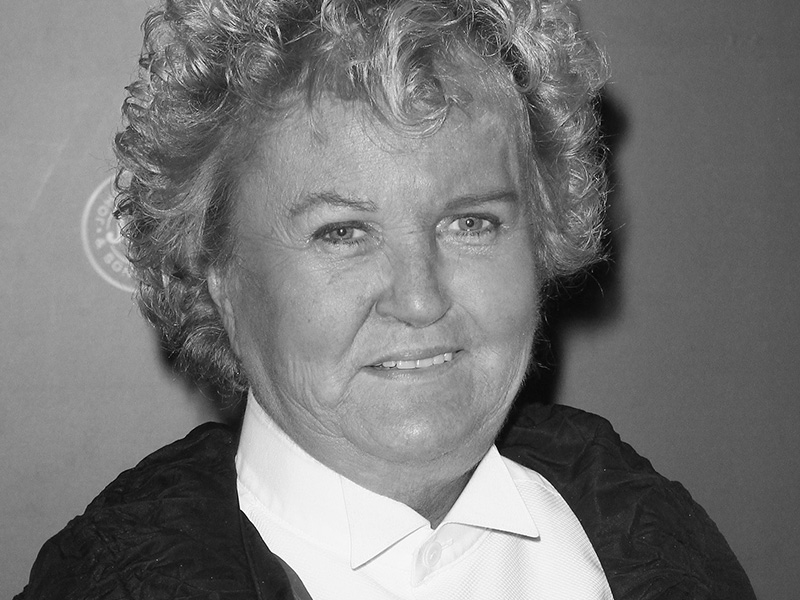 FAMILY : Daughter of a journalist

PARTNER : Joe, although she plans never to get married again. She used to be married to director Barry Davies. On Men, ‘The only thing you need men for is sex and to carry the bags!’

PREVIOUS JOBS : At 19, she was Assistant to the Art Editor of the Irish Times, hoping to become a reporter, acting came by chance.

LIKES : Her pet dogs, drinking Guinness, reading poetry and playing snooker, ‘I once took on the whole crew of My Left Foot, I played pool against 17 of them, and beat them all!’

ON CHARACTER MEGAN : ‘Megan was the mother we all want, full of love and understanding, I’m none of that, I’m not a mother and never will be and I wasn’t even a very good wife, I’m not even a good nurse to my father now he’s old and frail. I’m much more rebellious that Megan. I couldn’t do her job ever. Just go down to the hospital and watch what they do for an eight of the salary I earned pretending to be a nurse. It makes you blush. You break your heart with people being kicked in the teeth by life. I couldn’t handle it, I’d be reduced to tears.’

WHY SHE LEFT CASUALTY : ‘People thought I left because I won the Oscar, but I had already decided to go by then.. Oscar or no Oscar, Megan didn’t develop in the way she was meant to. She started off with a wonderful sense of humour. But she lost it all and all she ever seemed to do was push a trolley around and offer tea and sympathy.’

ON GUEST APPEARANCE IN SERIES 12 : ‘I never thought I would play her again, but when Derek says ‘Be Here!’, I’m there!’

REAL LIFE ACCIDENTS : At 14, she was badly injured in a car crash, that she was laid up for two years. Soon after her discharge, she contracted TB and spent a further two years in a sanatorium. With marriage to Barry, she suffered several miscarriages and suffered depression, ‘I’ve spent months in psychiatric hospitals and I’ve talked to psychiatrists. But eventually you have to find your own strength. My depression comes on like a cold for no apparent reason, it lasts for days and the only way I can handle it is to go underground, not answer the phone or door.’ During CASUALTY, Brenda was twice attacked in the street. In the second attack, her head was so badly cut, she needed to have her head shaved – viewers never spotted she was wearing a wig. And while filming in Series 12, she had cracked ribs, from a fall she had at Christmas.

TELEVISION CREDITS : Tolka Row; Z Cars; The Gathering Seed; Telfords Change; Give us a Break; The Man Outside; Me in Kapf; Juliet Bravo; The Sinners; Carrie; Eh Brian; Out of Ireland (Voice); Journey; A Woman of Independent Means; It’s a Whopper; Casualty; The Practice; A Woman Today; The Avenue; To Have and to Hold; The Picnic; Ballroom of Love; Your Man from the Six Counties; Just Like Eddie; Licking Hitler; Brides of Christ; Seekers; The Sound of Silence; Utz; Lethal Innocence; Durango; Relative Strangers; Cupid & Kate; Cinderella and Me; The American; I Was a Rat; Torso; No Tears; Watermelon; Call Me; Omagh; Beautiful People; The Body Farm;

FILM CREDITS : Of Human Bondage; Sinful Davy; The Woman who Married Clark Gabel; Our Exploits at West Poley; My Left Foot; The Field; Hook; Home Alone 2; So I Married an Axe Murderer; Deadly Advice; Angels in the Outfield; A Man of No Importance; Moll Flanders; A Time to Kill; Swann; Masterminds; Prairie Dove; Smart Aleck; Lost Rider; Painted Angels; Resurrection Man; Pete’s Meteor; To Have and to Hold; The War Bride; The Intended; Conspiracy of Silence; Veronica Guerin; Trauma; Inside I’m Dancing; Razor Fish; Milk; Tara Road; The Day I Ran Into All My Ex-Boyfriends ; Shamrock Boy; How About You; Closing the Ring; Stone of Destiny; Locked In; Albert Nobbs; Cloudburst; Crossmaglen

Brenda Fricker has gone on to have a successful television and film career since leaving CASUALTY.