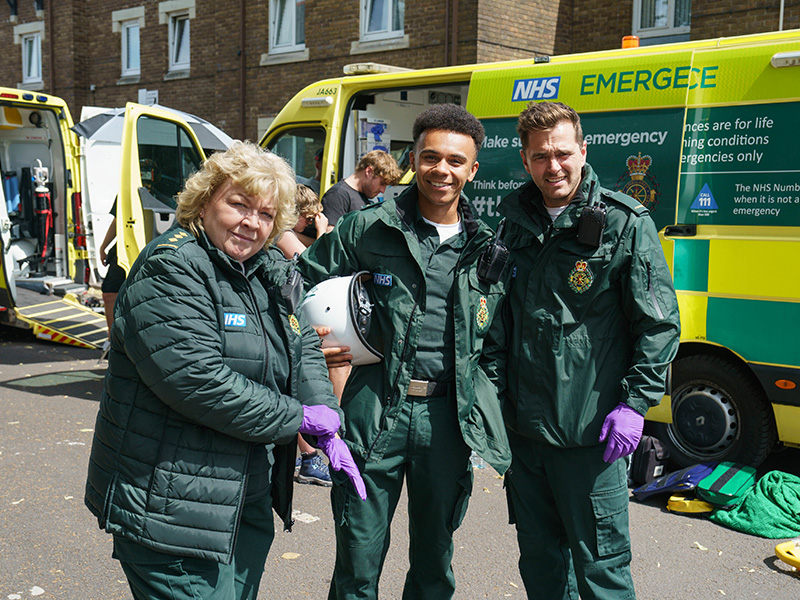 CASUALTY will air its first ever improvised episode this weekend on BBC One and iPlayer. The special episode, which breaks from Casualty’s traditional scripted format, focuses on paramedics Jan, Iain, Sah and Teddy, who are pushed to breaking point whilst working under pressure.

It has been Casualty’s proud tradition over its 36-year history to reflect the difficult realities front-line health care workers are faced with, and this episode continues that tradition as it sheds light on the effect ambulance queues has on the hospital, its patients, and the front-line medical staff themselves.

The episode follows the paramedics across four days and shows the pressure and obstacles they are faced with on busy shifts. Jan (Di Botcher) arrives back from holiday with a spring in her step, but is ground down over the course of her shift and makes a terrible mistake, resulting in an accident. Teddy’s (Milo Clarke) confidence is undermined on a difficult call out, and Iain (Michael Stevenson) and Sah (Arin Smethurst) both battle with intensely stressful situations.

Jon Sen, Executive Producer of Casualty for BBC Studios says: “Casualty is at its best when it tells stories that truly chime with the real experience of working medics in the NHS. The ambition behind the ep was to tell a story that gets as close as possible to what it is like to stand in the shoes of paramedics up and down the country. After our extensive research, using improvisation techniques to capture the truth of the world seemed only natural. We want people to come away having a greater respect for the work paramedics do and a true appreciation of the challenges they face.”

Steve Hughes, Director of the episode says: “The actors improvised all their dialogue and we shot everything like a documentary to give it a grounded, naturalistic feel. It was vital to make this episode feel as authentic as possible to highlight the challenges paramedics, and the NHS as a whole, face on a daily basis. It was scary for the actors at first, like they were walking a tightrope without a net, but it was also freeing and exciting to be able to use their own voices and, even though most of them hadn’t done anything like this before, they all rose to the challenge and I’m so proud of what we achieved.”

The improvised episode will air this Saturday, 10 December, at 20:10 on BBC One and BBC iPlayer.

The first shout of the day 🚑

#Casualty Saturday 8:10pm on @BBCOne
Don’t forget to catch up on @BBCiPlayer if you miss it! ⚽ pic.twitter.com/SNMedE3vwu

“All four of us have got each others backs” 🤝

Here’s @Miloclarke1 & @mikeTstevenson to tell you more about this special episode 🚑
#Casualty the improvised, paramedic special.
Saturday 8:10pm on @BBCOne 📺
Don’t forget to catch up on @BBCiPlayer if you miss it! ⚽ pic.twitter.com/nyArvieKXK

The first shout of the day 🚑

#Casualty Saturday 8:10pm on @BBCOne
Don’t forget to catch up on @BBCiPlayer if you miss it! ⚽ pic.twitter.com/SNMedE3vwu 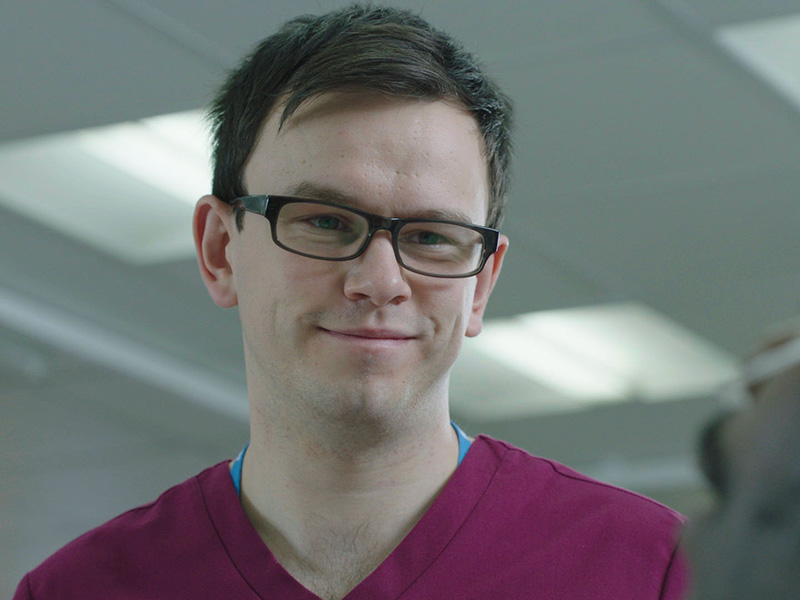 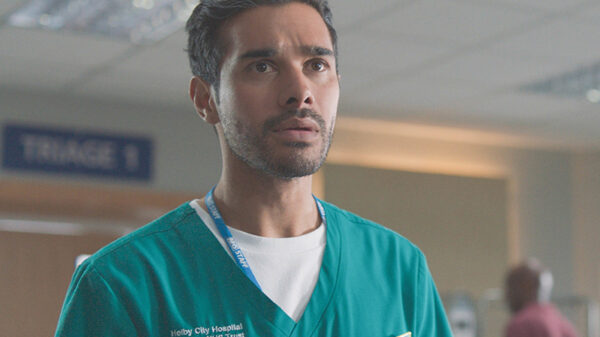