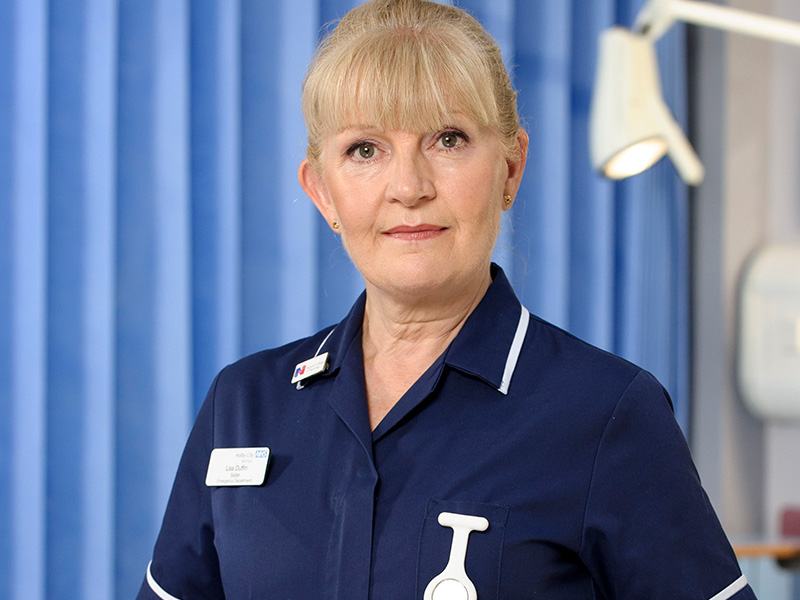 CASUALTY is to mark the end of this series with a unique ‘One Shot’ episode.

This special episode, named ‘One’ will be filmed all in one take on a single camera and will be broadcast this Summer.

Written by Paul Unwin, the original co-creator, this extraordinary episode will cover an hour in the famous Emergency Department and incorporate all our well-loved series regulars. The story will centre on Duffy mentoring two teenage girls, Chloe and Diamond, who are being shown around the department for work experience.

CASUALTY viewers will be taken on a journey to observe the daily highs and the lows of the hospital, and how despite numerous obstacles, the medical staff remain dedicated and passionate about saving patients’ lives.

Cathy Shipton (Nurse Lisa Duffin) says: ‘It is so exciting and nerve-wracking to be working on this episode and unlike anything any of us cast or crew have ever attempted before. It is a brilliant fly on the wall episode in real time, placing nurses central in the storyline. It will become a classic ‘Casualty.’

Simon Harper, Acting Executive Producer for Casualty and Holby City, says: ‘It’s thrilling to have Paul, as the co-creator of CASUALTY, conclude our 30th Anniversary series with this unique episode whose exciting concept is a first for the show.’

Erika Hossington, Series Producer, Casualty, says: ‘This very special episode will give the audience a unique insight into an hour in A&E. It will be an intense, emotional hour where staff and patients are faced with life changing events. We want to reflect the front line in its unedited, rawest form, and this one shot episode with a brilliant script from Casualty creator Paul Unwin, has given us the opportunity to do that.’