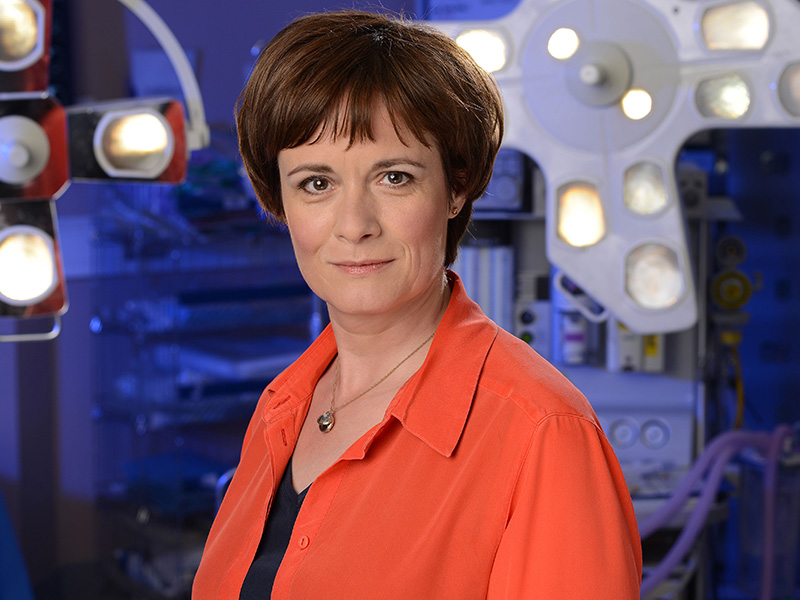 Catherine Russell is taking a break from HOLBY CITY to appear in theatre this March.

She will be appearing in ‘What the Butler Saw’ at the Curve Theatre, Leicester from 3rd March – 18th March. The play is also due to be shown at the Theatre Royal, Bath from 27th March – 1st April.

Playing the role of Dr Prentice’s wife, she stars alongside Rufus Hound and Dakota Blue Richards.

Joe Orton’s audacious farce was his final play, completed just a month before his untimely death. Orton’s comic masterpiece combines dialogue akin to Oscar Wilde’s witticisms with the craftsmanship of a French farce, and pokes fun at sex, authority and family relationships, spiked with the writer’s trademark cynical dark humour.

Catherine Russell talks about her exit from Holby City.

Formidable surgeon Serena Campbell bid a sad farewell to HOLBY CITY this week. Actress Catherine Russell made her debut to the show back in...