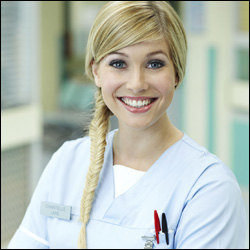 Chantelle : Late on my first day, he’s going to love me! Is this his number?

Greg : No, just incase you get lost again, give me a call.

Always cheerful and warm-hearted, young Chantelle is somewhat naive but eager to suceed. What you see is what you get with her, she’s genuine, often speaks before she thinks and wears her heart on her sleeve. She treats everyone the same, there is not a whiff of hierarcy with her.

Arriving late, with admiring glances from Greg, in S13 E34 – agency nurse Chantelle bumps into Hanssen on the way up to the ward and proceeds to natter with him unbeknowing he is the Director of Surgery. In S13 E37, Sacha hears that Chantelle is no longer required he offers to be the one to tell her, but soon realises that breaking the news to little Miss Sunshine might not be as easy as he thought. In S13 E46, Chantelle is convinced she can reconcile Elizabeth and her mother before Simone is transferred to the Psychiatric ward. But when she underestimates the extent of Simone’s illness Chantelle is forced to realise that she can’t fix everything. In S13 E47, keen to befriend Elizabeth, Chantelle steps in to help her with a problem patient but a prank lands them both in trouble with Ric. In S13 E49, Elizabeth has been working non-stop and Chantelle wants her to relax and have some fun. But their plans for a night out are abandoned when Elizabeth’s mother comes back to the ward in a serious condition and Elizabeth is annoyed that Chantelle didn’t inform her sooner. In S13 E50, Elizabeth struggles to deal with her mother’s decision to refuse treatment. Ric and Chantelle offer their support but are shocked when she makes a life-changing decision.

In S14 E2, Chantelle’s day doesn’t get off to a good start when she crashes into Ric’s car, but she is determined to make it up to him. In S14 E8, Chantelle’s happy go lucky attitude reassures Andy Taylor, a nervous patient prior to his surgery. But when her driving test results force her to rethink her approach, her change of attitude puts Andy at risk. Thankfully she reverts to her true self in time to help him. In S14 E13, Chantelle is put under the spotlight after Malick tells her she has to be on form today, as the hospital is in the running for Financial Trust status. Wanting to run a happy ship, Chantelle tries in vain to get rid of a persistent patient who has been discharged, but feels guilty when she realises that privately the young woman been diagnosed with cancer. In S14 E18, Chantelle desperately wants her Valentine to be the doctor of the same name, but misinterprets Lleucu’s good intentions when she sees the young nurse whispering in Oliver’s ear.  When she then sees the damaging effects that ‘love’ can have on some people she finally realises what she needs to do in order to get ‘closure’. In S14 E21, Chantelle upsets Lleucu when she books a holiday to Ibiza with the girls instead of laying down a deposit on her flat that she’s sharing with her colleague. Lleucu gives Chantelle an impossible deadline, which causes a huge rift between the two women. 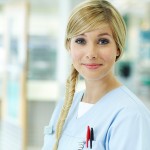 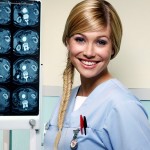 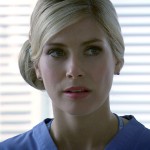