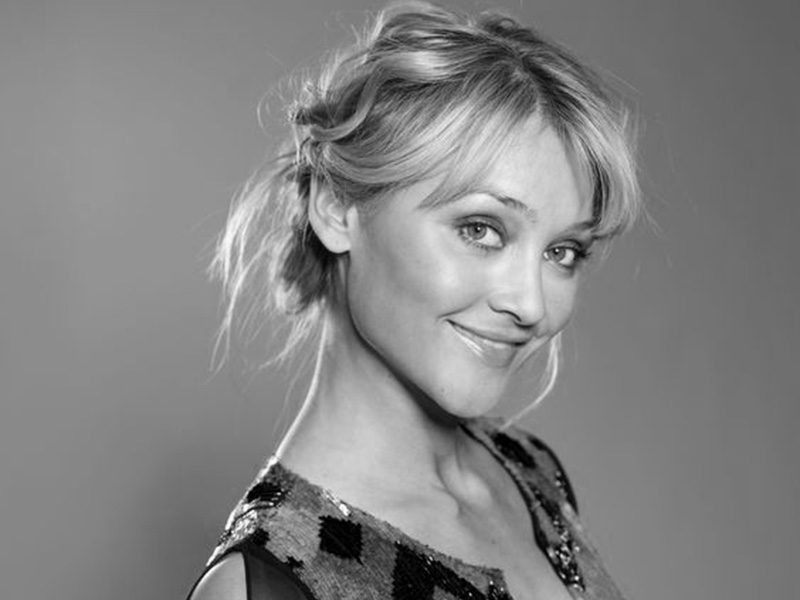 NATIONALITY : Australian. She was born in Melbourne.

FAMILY : Father, Paul – an entrepreneur, who created Melbourne’s city tram restaurant. Mother, Rhonnda, a housewife. Christine’s Dad was keen for her to go to Uni, but her Mum’s passion for the golden days of Hollywood had already cast a spell ‘He was all ready to sign me up for a translator course, but it’s OK now, they are busy getting hooked up to cable so they can watch me on Casualty!’ She also has three sisters, Louise (2+) a teacher, Laura (3-) in marketing and Emily (8-) who’s in modelling.

HUSBAND : Simon Rydings, a marketing consultant. ‘You know when you meet someone and you just click? He walked into the room and I thought ‘Bang. Yes you’re it’ and vice versa. We just had an instant connection.’

ON CHARACTER LARA : ‘Lara is a reluctant sex symbol. She is extremely well qualified, if not overqualified for her job. She doesn’t like routine which is why she left Australia to work in Sierra Leone. She gets very involved with her patients and there is an attraction between her and Patrick.’

ON LARA’S BEST & WORST TRAITS : ‘She’s very keen to succeed and be the best and has proved she can do the job under extraordinary conditions. She has little fear and throws herself into things. But she jumps to conclusions without always looking into the details. She always wants to be right.’

ON LARA AND PATRICK : ‘Patrick is definitely her type of man, they both like things their own way and they are very much in control. They are at loggerheads a lot of the time, but there’s certainly an attraction.’

IS SHE LIKE LARA? : ‘There are definitely parallels between us. Lara Stone takes a lot of pride in her work and I like to think I do, too. I’m quite work obsessed, hence having to move to Britain to relax for a while. And I used to be quite headstrong – though I can’t be bothered to be like that anymore. The thing I really love about my character is the soft side they’ve created for her. She has chinks in her armour. She runs headlong into things and trips up now and then.’

ON CASUALTY FILMING : ‘There is a family atmosphere there.. we shot the series in this old warehouse, which was very unglamorous, and it was great. I didn’t have any jitters. I was amazed at how easy it was to blend in. And the set smelt like a hospital. It had all this functional equipment. Some of the medical advisors on the show say, ‘If only we had all these machines!’. You feel a bit sheepish knowing that hospitals need this stuff and we’ve got it on CASUALTY.’

ON IAN KELSEY : ‘As we say in Australia Kelsey’s a big dag! But Kelsey’s lovely. He’s very sweet, very welcoming. As soon as I came on set he made jokes about me and I said ‘I’ve got your number mate!’ Apparently I’m the first regular character who’s ever smoked. One of the first things he said to me was ‘I’ve been trying for years to smoke, and you just walk in and light up!’

ON LARA’S HALLOWEEN CAT SUIT : ‘The rest of the cast said it looked sexy, but I didn’t feel sexy, it was hot and very uncomfortable. I can’t believe people wear them for fun. It would take a lot of money or a part in a big movie for me to do it again!’

FAVE MUSIC : ‘My music tastes are quite eclectic, but I listen to a lot of Sixties, Seventies and Eighties disco.’

ON KEEPING FIT : ‘I’m really into getting fit at the moment. I’ve got a professional teaching me the mental and physical aspects of effective exercise. It’s a bit like cross-training.’

HOW SHE RELAXES : ‘I’ve just started getting into cookery and find that really relaxing. I began with things like spaghetti Bolognese and risotto, but now I’m getting more adventurous. In Australia I used to enjoy going for long drives, but I can’t really get a run-up here.’

BAD HABITS : ‘I don’t really take enough exercise, but I am quite lucky in my genetic make-up. I can eat the odd naughty thing, and if there are a few extra pounds, I can disguise them quite easily.’

REAL LIFE CASUALTY EXPERIENCES : ‘I had my tonsils out rather late in life, while I was at drama school – I couldn’t afford to keep having time off with tonsillitis. But the worst thing was when I was nine and my appendix burst. I was in excruciating pain and it was touch and go for a while because I got peritonitis.’

FILM CREDITS : Love & Other Catastrophes; Me, Myself I; So Long, Succour; A Change of Heart; Inspiration; Black Sun; Cas

* Christine came to the UK from Melbourne, Australia in September 2000, to have a break from the constant acting work she did in Australia. Her big break was landing a regular role in Pacific Drive, ‘I was in that for two years and I’ve also done guest roles in every major TV show there, except Neighbours and Home & Away!’