Former Casualty and Holby City actor Clive Mantle will be touring the UK in theatre next year.

Clive, who recently made a cameo appearance in Casualty30, will be appearing in ‘The Verdict’ which starts it’s tour at the Malvern Theatre on 25th January and finishes it’s run on 13th May at The Courtyard, Hereford, appearing in 14 venues in all.

Starring alongside Jack Shepherd, The Verdict is a drama production inspired a multi Academy Award-Nominated film.

Frank Galvin is a washed up veteran lawyer and an alcoholic. He is presented with one last chance to redeem himself when he is given an open-and-shut medical malpractice case that no one thinks he can win. Up against the unforgiving medical establishment, he courageously refuses an out of court settlement, believing it is negligence that has condemned a young mother. Smelling a cover up, he instead takes the case and the entire legal system to court.

Former CASUALTY actor Clive Mantle injured, after part of his ear is bitten off in unprovoked attack. 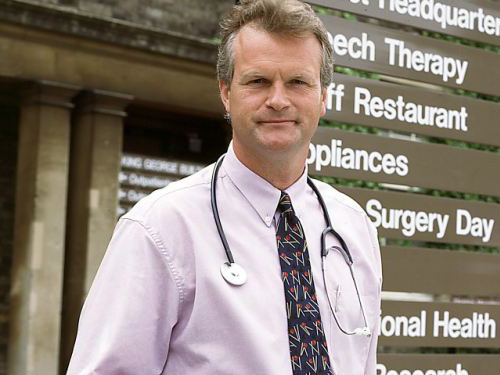 Being the only actor to have had a major role in both medical dramas, fans have fond memories of Clive Mantle's character, caring Consultant...