As the longest serving cast member, who is the only one to have appeared in every series, life in Holby A&E just wouldn’t be the same without much loved nurse Charlie Fairhead, played by Belfast born actor Derek Thompson.

For 53 year old Derek, who plays Charlie, he has much respect for his alter-ego, ‘He has this amazing ability to forget about everything else that is going on in his life when it comes to the job. From day one he has had an absolute focus. But he does have a tendency to want everyone to win. Sometimes he spends too much time trying to hear everybody’s side of the story instead of making a bold decision.’

And for seventeen years, we’ve witnessed the many trial and tribulations of Charlie Fairhead. From the highs of his wedding to Baz Hayes and the birth of his son Louis, to the lows of his split from Baz – which took her to Canada with Louis and the recent demise of his relationship with Manager Jan Goddard. ‘Things looked so well between Charlie and Jan Goddard in the romance stakes in the last series,’ reminisces Derek, ‘But he’s a man of principle and when Jan’s true political colours came out Charlie found it difficult to maintain their relationship. He continues to be a support to Duffy though.’

Derek, whose partner Dee Sadler has guest appeared in two episodes of CASUALTY and their son, Charlie, also appeared in the earlier series of the show as Duffy’s baby, he has enjoyed developing his own character over the years, ‘Playing Charlie for as long as I have means it’s hard to tell what parts of me have become part of his personality. He is certainly a man of the world because he’s seen it all and hasn’t lost his sense of curiosity. But you have to get involved on an emotional level with the character. You must make the situation believable otherwise the audience fails to engage in the storyline.’

Filming the medical drama means a busy and hectic schedule for the cast, Derek likes to escape from the set by spending time with his family or by pursuing one of his many hobbies, ‘I swim about three times a week and go for regular long walks. I also love the sea and sail my boat as often as possible,’ and maintains that these hobbies are of much importance, ‘You need those kind of solo activities to let your mind just go random. I love the people factor of the job but you do have to recognise your limitations and the demands you place on yourself. You need to get back inside your own head in between.’

Derek, who has been performing since he was a child – he was in a music band with his twin sister Elaine, and performed their first gig aged 10. Since performing music, he went onto acting and worked in theatre as well as movies including The Long Good Friday and Yanks.

So has Derek ever had his own real-life casualty scare? ‘I had a really scary, life-threatening asthma attack and my other half rang the three nines and I was brought straight into the A&E at Bristol Royal Infirmary,’ he said, ‘I knew most of the people there and they were really friendly and totally professional. But I don’t think I would have had the same confidence without the experience of knowing what goes on there – that’s why CASUALTY has been a real help.’ 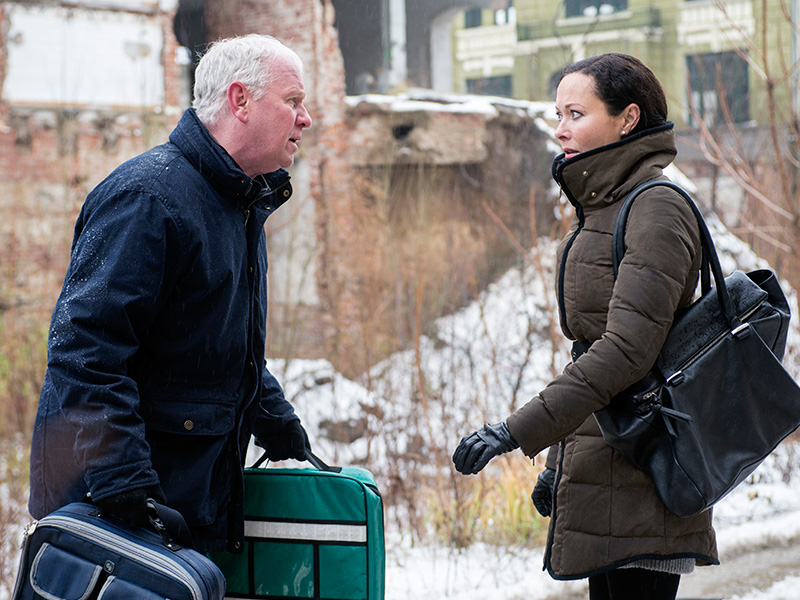 Derek Thompson and Amanda Mealing headed out to Romania to film a special standalone episode after Charlie decides to track down his wayward son,... 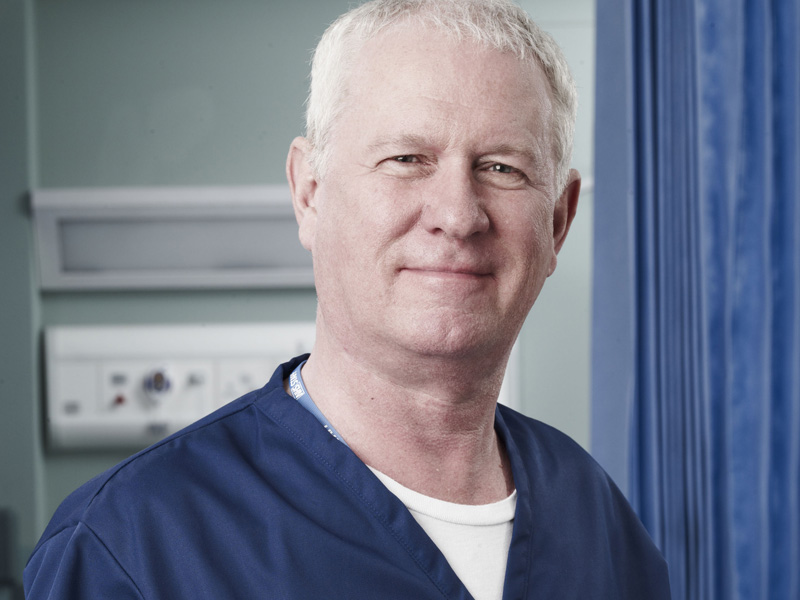 Derek Thompson is the only original cast member left on Casualty, having been in the show for over twenty five years. A strong sense... 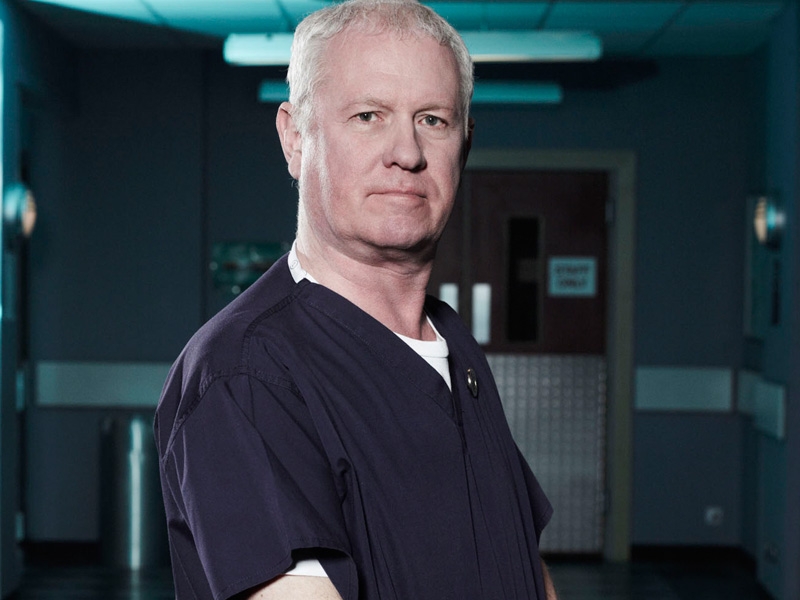