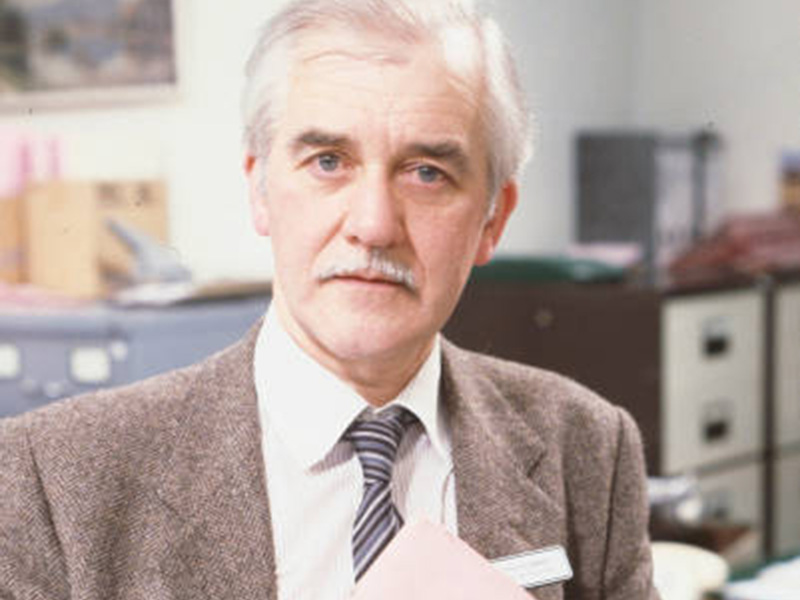 We’re in the front line, god damn it!

Casualty’s first Consultant, Ewart Plimmer, loved his job so much it almost certainly cost him his marriage. He was a wise and passionate supporter of his department and a good friend to his staff. He talked to them as equals, but he could also be stern and had a temper. He also loved to sit in his lonely office, listening to his walkman.

In S1 E2, his wife arrives at the end of shift, it’s obvious their marriage has crumbled under the strain of his night shift duties – she has brought a suitcase of his belongings – their relationship is over. In S1 E4, a chronically depressed woman reveals to him, that she has left her bed ridden father to die, as she hasn’t been back to the house in days. He is also angry this shift, when Charlie invites a Fleet Street journalist to write about the night shift. Next episode he is even more angry when the article is published, revealing nothing about the work of the department, describing Ewart as an ‘administrator too tired to cope’. Ewart is also flat hunting and manages to persuade Baz to stay on in A&E an extra six months. In S1 E6, the team have a subbuteo contest, in the staff room. Ewart makes it into the final, against an inexperienced Susie. She wins, after putting him off by flirting with him. In S1 E7, unable to confide in her husband, Megan talks to Ewart, after finding out she has cancer and needs a hysterectomy. In S1 E8, Ewart has a ‘business meeting’ with a cleaning firm boss, Rose Sherman, at a restaurant. She is trying to persuade him to join into the contact, but he refuses. Ewart also has a staff meeting to discuss a recent attack on a nurse in the x-ray department. Kuba puts up a new alarm system. In S1 E9, a drunk teenager is brought in after a party and is sick over Megan. She won’t talk and is revealed to be Gillian; Ewart’s daughter. She is upset about how distant her family have become. Next episode she arrives to see Ewart, but he is busy. She waits in the staff room where she chats with Megan, before leaving upset, without speaking to him. Megan suggests to Ewart he should ring her, but he says he hasn’t found the time. In S1 E11, Duffy is raped on her way to work, Ewart comforts her and takes her home to Susie’s house. Rumours are flying around of a royal visit and the decorators are in – Ewart argues with managers about the waste of money. In S1 E12, Ewart spends the shift watching the local boxing tournament on TV in the Porter’s Lodge. He also tells Kuba off for stealing light bulbs and a scrabble board. In S1 E13, a man dies after a car crash, the police find heroin under his car, realising he is a drug dealer. Anna, who was with him, arrives at A&E and he is suspicious of her motives, he follows her to a hotel, when she leaves a packet of matches at A&E with the hotel name on it. The police follow him, but Anna walks out in disguise – Ewart thinks he sees her, but lets her go. In S1 E14, it’s nearing Christmas, and Roz asks him to meet her at the spot where he proposed to her. She brings out glasses and champagne and asks him to come back – but he laughs at the idea and she walks off. He later rings up and apologises, asking her to dinner the forthcoming week. In S1 E15, the staff find out they are to be shut down in a month, at the end of shift, Ewart and his manager look out the window, to find the staff are holding a demonstration.

In Series 2, the night shift has been closed for six months, Ewart’s department is open from 9-5 only, with emergencies at other times going to Queens. At a cocktails party, he is introduced to new General Manager, Elizabeth Straker – they’re already in conflict. Later Ewart holds a meeting at Megan’s house in the hope of getting the night shift re-open. They want public support and lobby and drop leaflets. Waiting in a pub, they find out the DHA meeting has given them back their night shift. Ewart is delighted and Mary asks him if she can be his new SHO. In S2 E2, Susie has a flat warming party, Kuba tries to get Ewart drunk. In S2 E3, Ewart persuades a model with a grazed arm to get the mole on her neck examined, she discharges herself in fear but later returns realising she must get it checked. He also lets a man, who’s wife has died the previous night hold her hand and say goodbye. He also tells Kuba off for taking blankets, to care for his elderly landlord, Kuba finds it offensive and says he will resign. When he goes to Ewart’s office with his resignation note, he finds a parcel from Ewart – with a set of blankets and a note saying he can make an exception. Later Ewart arrives late to a restaurant to meet his estranged wife. They argue about a court order, and she storms off, telling him she’ll divorce him. In S2 E4, Ewart attends a meeting with managers, including Elizabeth, but he is bored and doesn’t pay attention. In S2 E5, Ewart invites Elizabeth out to a restaurant, but is delayed by a meeting with his lawyer about his divorce with Roz, Elizabeth is angry. In S2 E6, Ewart and Elizabeth argue about hospital security, later she plucks up the courage to ask him out to dinner, he accepts. In S2 E7, Elizabeth cooks Ewart dinner at home, and they spend the night together. The staff try to bleep him after an incident, but he ignores it. He eventually comes in at 4am, confused and tired. Mary tells him to go home. In S2 E8, Elizabeth goes to see Ewart, she is angry as he has been avoiding her, but he says it’s because Roz hired a private detective and he didn’t want Elizabeth to become involved. In S2 E9, he attends the divorce hearing – he is left with nothing. He tells Elizabeth over dinner and she tells him she was there, as she wanted to see what Roz looked like. In S2 E10, youths cause disruption in the department, again Ewart pleads with Elizabeth to get security. She also gives him a spare set of keys to her house. In S2 E11, Ewart and Elizabeth turn up to Megan’s wedding anniversary party. They’ve had an argument but make up and she invites him to meet her daughter, Louise. Next episode they all have dinner. Louise tells him she’s pregnant. Ewart advises abortion, which angers Elizabeth. In S2 E13, Ewart and Elizabeth meet to introduce Norman Healey, from a new security firm – Elizabeth is keen to hire him, but Ewart is not so sure. In S2 E14, Ewart suffers a mild heart attack while seeing to a builder. He is sent to CCU, where Elizabeth and Roz both arrive to see him – it’s the first time they’ve met, but they are civil. In S2 E15, Elizabeth again visits Ewart, who is recovering after his heart attack. The staff sing carols outside his room, which cheers him up.

In Series 3, it is revealed Elizabeth has left and gone to America – fed up of Ewart being married to Casualty. Ewart meets new officer, Valerie Sinclair. Ewart also goes to see his old friend, George, who is working as a security guard on a building site. After Ewart leaves, George is attacked by youths and is brought in. In S3 E3, Ewart takes a boat trip with an old colleague, Keith. He tells Ewart rumours of Valerie closing the Observation ward. Ewart is furious and him and Valerie have a heated row. In S3 E4, Ewart comforts Megan, after she acts out of character, when she shouts at a patient. Ewart takes her to his office where she tells him her troubles. He then visits his beloved Obs ward, while there he collapses with a second heart attack. Megan finds him and attempts mouth to mouth. The CRASH team are called up but efforts fail, Ewart dies. Ewart’s funeral is held for family only, but the board decide to hold a memorial service for him the next month. 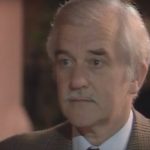 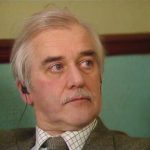 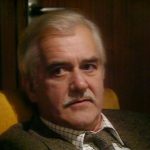 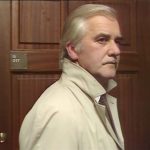 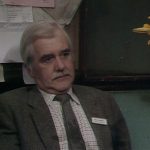 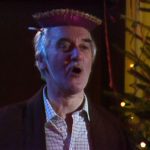 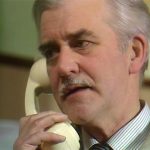 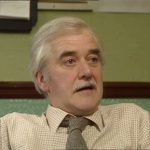 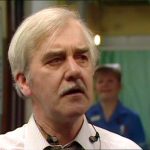 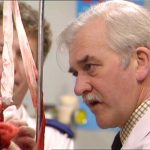 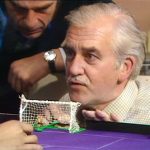 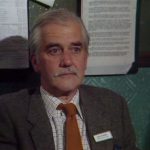 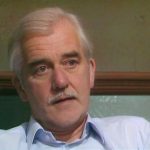