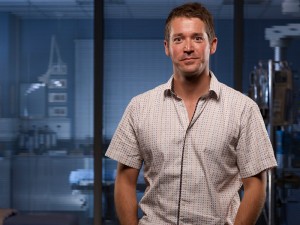 BBC Drama Production have announced Oliver Kent is to take on the role of Executive Producer for BBC One’s continuing dramas Casualty and Holby City.

Kent has worked across BBC continuing Dramas for 17 years. Starting as a runner, he worked upwards to Series Producer on Casualty in 2007 and is currently Senior Producer on Holby City. In his new role, Kent will be reporting into Clare Hudson, Head of BBC Wales Productions, and Kate Harwood, Head of BBC Drama Production England.

Oliver Kent says: “I am truly delighted to be taking up the position of Executive Producer on Casualty and Holby City. Over many years I have grown to love both programmes equally and am really excited at the prospect of working with the brilliant teams in Elstree and Roath Lock. I am inheriting two shows in great shape and I can’t wait to get started.”

Kate Harwood adds: “With his depth of experience, his passion for Continuing Drama and his commitment to talent on-screen and off, Oliver will be a great new leader for our two flagship medical shows and I can’t wait to work with him.”

Kent starts in his new role on March 11th, and will dividing his time between Elstree and Roath Lock Studios in Cardiff.