Series 26 continues this Saturday. Filming from it’s new home in Cardiff and now showing in glossy HD, the show pulls out all the stops with a spectacular opening feature-length episode.

The now newly-refurbished ED opens for the first time since the fire that destroyed the department back before Christmas. However the new facilities are put to the test when a traffic accident occurs on a nearby dual carriageway, and a pipe explosion causes a cloud of poisonous gas to engulf Holby.

The staff are stretched to their limits despite the efforts of new paediatric doctor Tom Kent played by Oliver Coleman, and as tempers fray, a patient lashes out at Dylan which has major consequences for another colleague.

Following it’s move from an industrial estate warehouse in Bristol where Casualty originally filmed, the show has now moved to a much larger Set in Roath Lock in Cardiff.

With a spacious, modern look, the vastly improved inside Set which is more open-plan with extra rooms and an inbuilt outside Set which includes a further street with pub and local amenities, it shows that the BBC and Producers have great faith in the long running series.

Talking of the controversial move from Bristol to Cardiff, Nikki Wilson said ‘Certainly when the show was in Bristol, the residents really felt a pride that it was filmed in it’s city. They looked after the show for over 20 years and so we starting again here from scratch really to build a relationship with Cardiff. But already we are getting good feedback from people on the street.’

Keen to confirm that any changes to the show are improvements, she continued ‘The new look Set has got just the right balance of reflecting what we had in Bristol but also improving on it as well and one of the things we were quite keen to do was differentiate the areas a bit more between the public area of the hospital and the medical area. So the medical area is almost an exact replica of what was in Bristol but the public area with the yellow colours makes it feel more separate and also clarifies the journey for the patient in the hospital.’

Adding ‘The format of the show has been going for 25 years, we’re not stupid enough to think or even want to change the show that drastically because it works, that’s why it’s been around so long. It’s such a clever format.’

Jonathan Young added ‘We really value the integrity of this long running show.’ 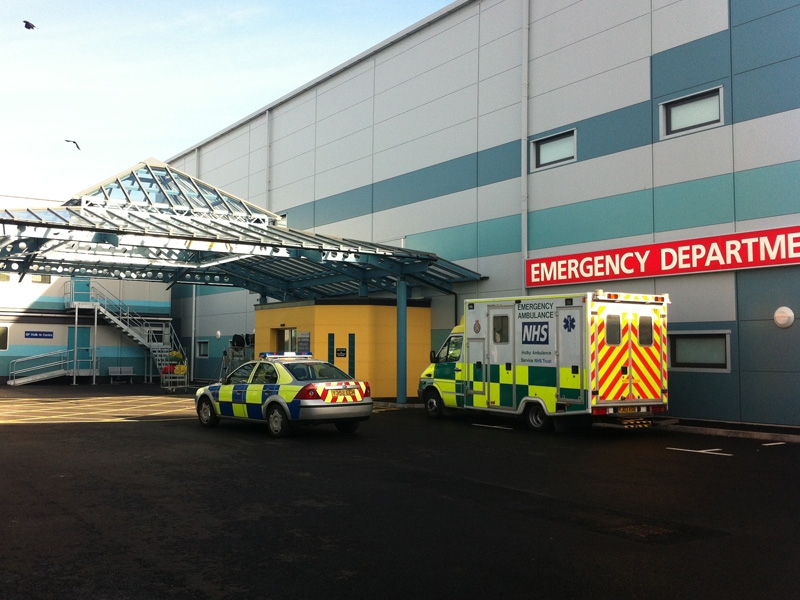 holby.tv exclusive shots of the new outside Set of CASUALTY in Roath Lock Studios in Cardiff. Hospital outside shots; Outside street set with local...