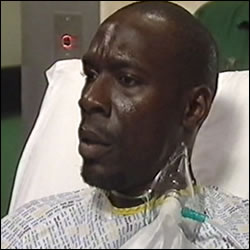 STORYLINE : Tim Webster saves his dead twin brother Matt’s wife Jill, when she is trapped in a fire in her house. Jill is admitted to Holby and the incident makes Tim realise he needs to tell her he is secretly in love with her. He confesses his feelings and he is overjoyed when she reciprocates them.