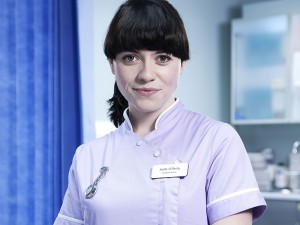 Gemma bows out of Casualty

Gemma-Leah Devereux has left our screens this weekend.

Playing Student Nurse Aoife O’Reilly in CASUALTY, her character left after failing to get a position following the nursing interviews.

Gemma revealed her departure on Twitter after the show ‘Thank you everyone for all your kind words over the past few months. Aoife’s been a blast to play. I miss Casualty loads’

After joining the show at the beginning of the year, fans have also followed her character, Aoife, on an official Casualty Twitter profile.

Her last message read ‘And I guess it’s also goodbye Holby, at least for a little while. Off to Mom’s and then… who knows???’

Fans can also see how the nurses did in their interviews in an exclusive online webisode now online at BBC Casualty.