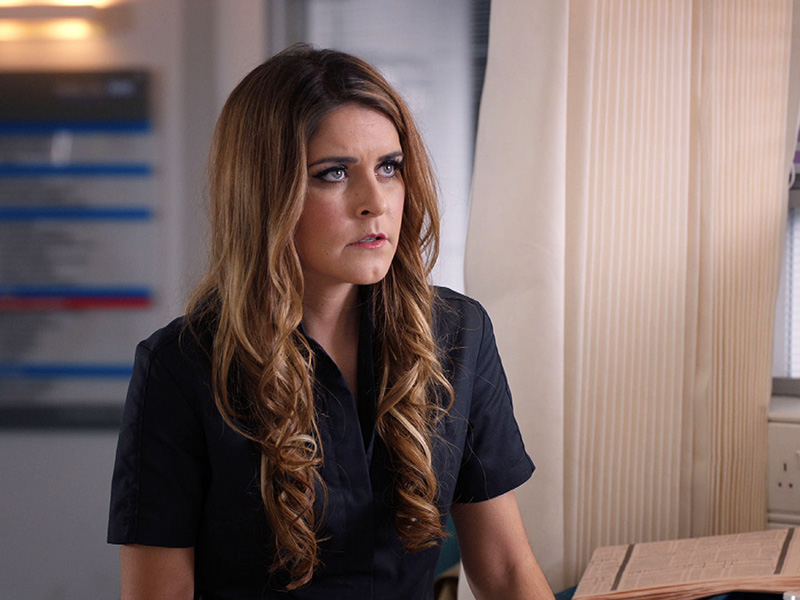 Emmerdale actress Gemma Oaten is set to reprise her HOLBY CITY role for one episode.

Gemma played the character of nurse Sydney Somers in two episodes last year. Her father, Artem died and left his inheritance money to Fletch, which she tried to contest.

Speaking on social media, she said ‘So grateful to be asked back. You can’t ever take this job for granted. It’s hard and it’s tough but my God, when you’re on that set or on that stage again, it feels like home. One of the luckiest and don’t take a moment for granted.’