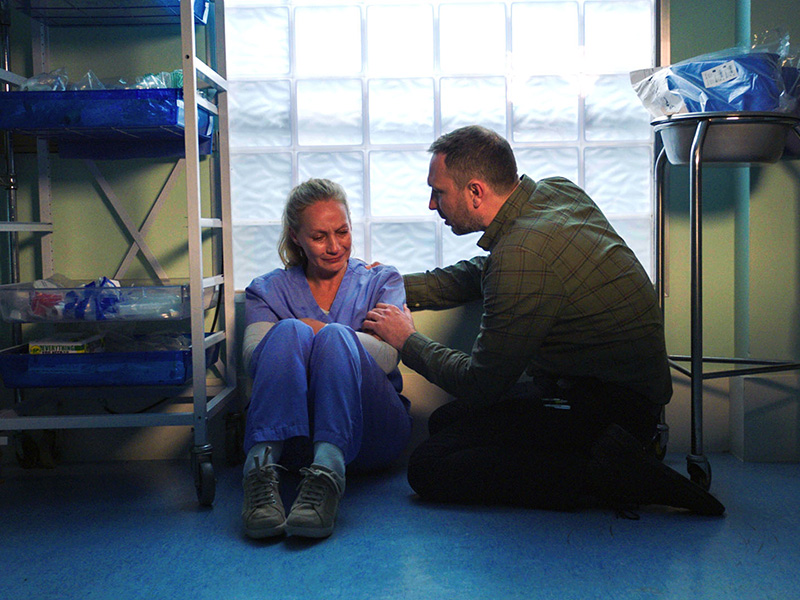 With the release of its spring trailer, Holby City has today given viewers a glimpse of an enthralling few months ahead for the BBC One programme.

John Barrowman will be gracing the Holby City wards for one episode as visiting consultant Drew Nicholson-Heath, a renowned global recruiter who has some history with Ange (Dawn Steele). Always on the lookout for talented surgeons to poach, it’s not long before certain members of the team are doing all they can to impress high flyer Drew.

John Michie will be returning as Guy Self, who is set to shake things up upon his arrival back at the hospital. With a few secrets up his sleeve, he soon gets under the skin of some of his colleagues…namely Ric (Hugh Quarshie).

In addition to new & returning faces, the lives of two of Holby’s most loved characters are set to be thrown into turmoil as Essie’s (Kaye Wragg) cancer returns and Fletch (Alex Walkinshaw) also receives a cancer diagnosis. With an incredibly tough couple of months ahead for the pair as they each deal with life threatening diagnoses, a lot of strain is also put on their nearest and dearest as they do what they can to support them. 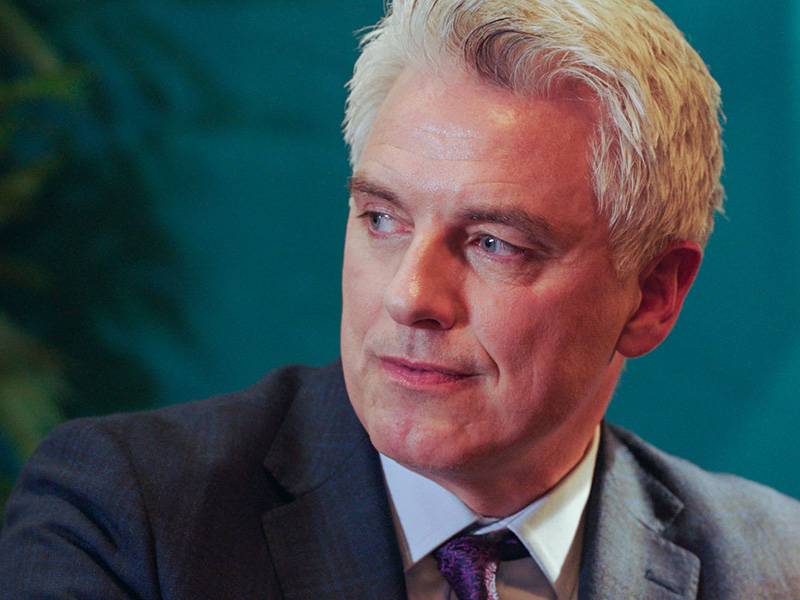 John Barrowman says: “Being part of another iconic BBC drama is just fabulous. I was welcomed with open arms by the cast and crew and felt like part of the Holby City family right away. My character Drew brings a new flavour to the show and I look forward to his return soon. Surgery will never be the same again.”

John Michie says: “It’s always exciting to come back to Holby City and play Guy Self because he’s such a dangerous, egotistical character who’s constantly fighting his personal demons whilst always knowing that he’s a brilliant surgeon.”

Kaye Wragg says: “Showing the real struggle of two nurses sharing an illness together yet being alone in their own torture of what their futures hold is Holby at its best. Being immersed in the world of this disease is something I’ve had many experiences with as myself, so there’s no shortage of empathy and understanding for my character and for Fletch’s. It’s a tough watch, but it will resonate for many sufferers and their loved ones going through traumatic illnesses. Throughout their journeys, Essie and Fletch discover their worst fears, their lost opportunities and what futures they need to make plans for.”

“It’s a major thrill to have a star and household name of John Barrowman’s calibre guesting on the wards as the charismatic Drew, who is set to ruffle the feathers of an increasingly beleaguered Cameron and get some serious banter in with his ex, Ange.”

“When initially considering cancer storylines for these two beloved characters, we first took the view that we couldn’t run both at the same time – but then realised that we actually could and should.  Statistically, cancer affects so many of us, that two work colleagues could well find themselves in Essie and Fletch’s situation, where they have this huge, bonding thing in common but such a different experience of it.   Hopefully we will raise awareness this way.   These two most caring nurses now have to care for each other in their fight, challenging their relationships with their partners Sacha and Ange and  making both of them face their darkest fears. Kaye and Alex are just as wonderful as you would expect, with heart-breaking performances.” 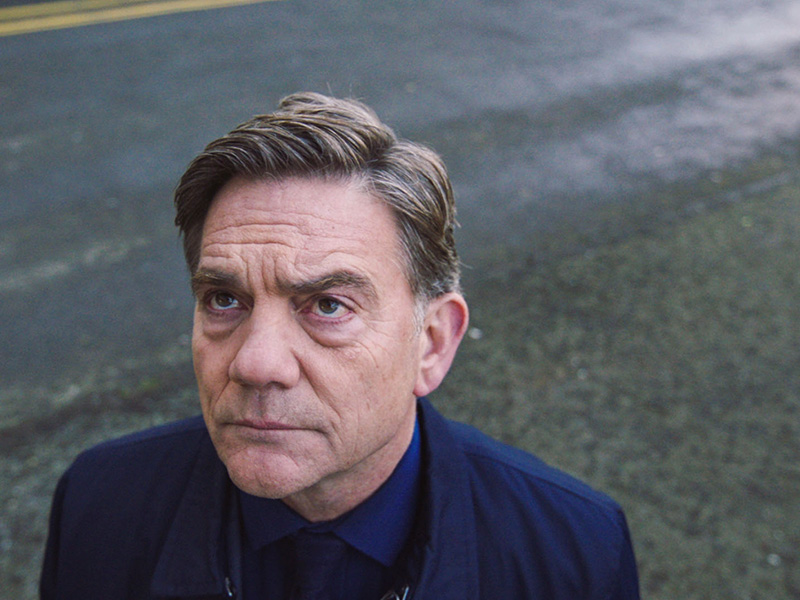 “What a pleasure it is to welcome back the wonderful Mr Michie  as the oily Guy Self, Holby’s very own  neurological Lord of Misrule, who is always guaranteed to sow trouble and strife. That said, he does on this occasion appear to be a reformed character, if you can believe that – we’ll have to wait and see!  Ric is certainly less than pleased to see him, and it’s safe to say  that things get decidedly rocky on AAU.” 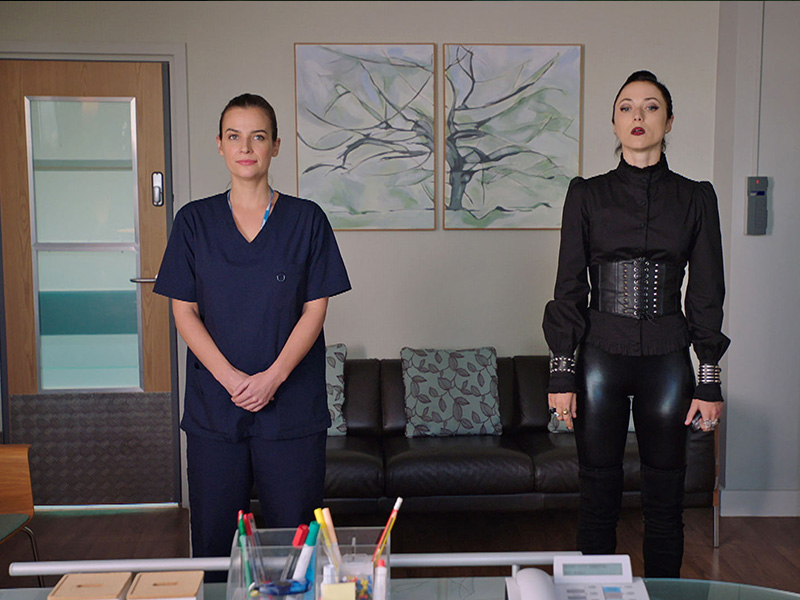 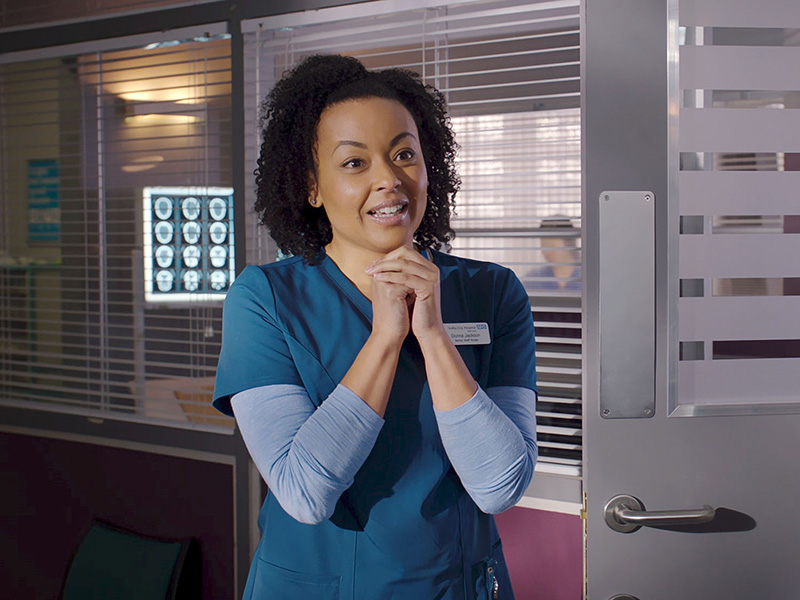 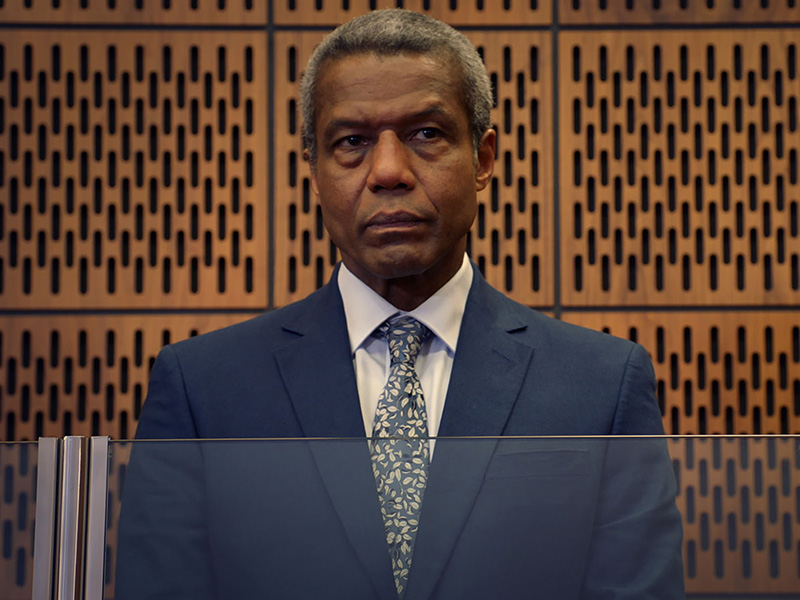 With spring just around the corner, here’s what’s coming up at Holby!