Actor James Hillier plays Custody Sergeant Christian Young; warm but sarcastic and witty. he’s always ready with a shoulder to cry on and a cup of tea.

Christian is good with members of the public, his favourite line seems to be ‘let’s put the kettle on’…

I think he has an obsession with tea; some people have an addiction to smoking, some are alcoholics, but I think Christian has a problem with tea!

He takes people at face value: Being Custody Sergeant he is the first person that the criminals and suspects come into contact with.

He’s quite a sound judge of character and he very much reacts to people on their level – he has a lot of time for people but he’s also got a tough attitude which he sees as tough love.

Is that because he doesn’t want to get emotionally involved?

He is detached because of the volume of people he’s dealing with, when you go in to a police station and actually see the numbers of people who come through their doors, it’s amazing. It’s not a sedentary life at all. Officers based in the station don’t sit down a lot!

I had a scene the other day when I said to the director that I was going to sit down he said ‘are you sure?’ and it was a big moment, probably the only time you see him sit down in the series! In that regard it’s not dissimilar to the world of hospital staff and our cousins over at HOLBY CITY and CASUALTY.

My cousin works in CID; he’s just become a Detective Inspector. You can tell he’s a police officer – they really have a way about them. I asked him to introduce me to some of the boys in uniform and particularly the Custody Sergeant. He took me to Fulham station and I spent an afternoon watching a Custody Suite. They deal with a lot of paperwork as well as lots of people, so it’s never boring! 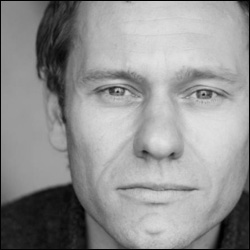 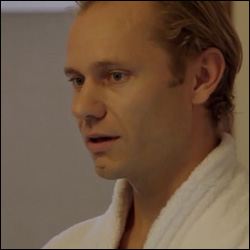