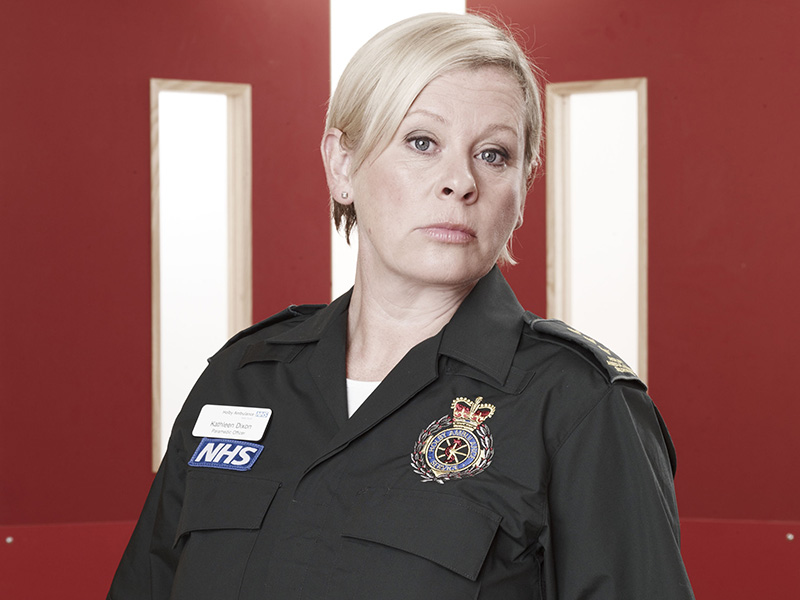 She will play the role of Bernie Winter and will be onscreen in July.

Bernie is Gemma and Paul’s estranged mother, an old raver who still sees herself as a free spirit. She is not one to be tied down to a man, a job or any responsibilities, especially when it means hard work for her!

Having let Gemma down this week, when she fails to pick her up as Gemma plans to leave the street, she then turns up further down the line in Gemma’s pregnancy and is soon ruffling feathers.

Bernie does love her kids, the problem is she has never been good at the ordinary things, and after years of being a party animal and a part-time parent she has let them down more times than they can count.

While Gemma is pleased to have her mum around, Paul is more suspicious of her motives, but Bernie is back to support Gemma through her pregnancy and prove she can be a good mum for once.

Well known for her role as paramedic Dixie in Casualty, Jane Hazlegrove said of her new role as the colourful Bernie:

“I’m thrilled to be joining Coronation Street. It’s where I started my apprenticeship as a very young actor. I can’t wait to get stuck in”.

Currently being seen in ITV drama ‘The Level’, former Casualty actress Jane Hazlegrove is also set to tread the boards next month. Jane will...