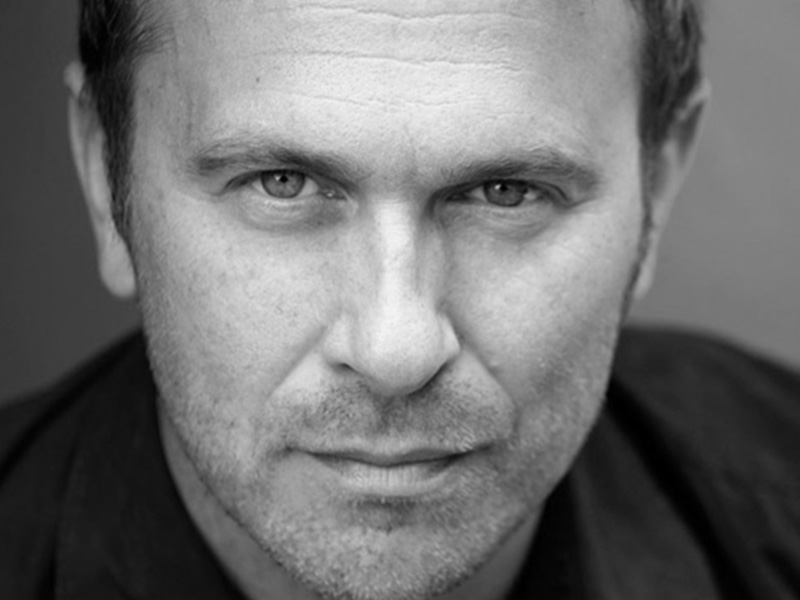 FAMILY : Parents, who at first weren’t happy of his chosen career, ‘Mum and Dad weren’t happy about me going into acting, but when I started working and got this part in Casualty, they were over the moon – they’re both big fans of the series.’

FAMILY : Brother, Simon, also an actor and is best known for his role in London’s Burning as Officer Griggs.

RELATIONSHIPS : Now married to second wife Zerlina, a lighting designer. Split from first wife, actress Judith Hurley, ‘We got married on a whim, with our hairstyles it looked like Reggie Kray was marrying Zandra Rhodes.’

CHILDREN : One son, Jackson (with Zerlina). Two daughters, Camilla and Gina (with Judith).

STUDIED : He originally trained as an artist, but then went on to get a BA degree in Performing Arts at Bishop Otter College, Chichester.

PREVIOUS JOBS : A runner for an ad agency in London, training at silver service, bar work, van driving, and worked at a tomato picking factory – only lasting two days.

ON CHARACTER MATT : ‘He’s a bit of a lad and a dreadful flirt and he gets through a lot of the female staff a Holby. But his attitude towards women is prehistoric, but at heart he’s a likeable chap who has a caring side.’

ON FAME : ‘I’ll sit on the train and wonder why I’m being stared at – then I remember I’m on TV.’

DESRCIBE HIMSELF IN THREE WORDS: ‘Bullish, frazzled and redeemable’.

ON FAN MAIL : ‘I do get quite a few letters from school girls who write asking if I’ll go out with them.’

JOB HE’D NEVER DO : ‘I could never be a traffic warden – they really piss me off.’

AMBITIONS : ‘Many, keep on working and do the best work I can, I’d like to write and direct eventually.’

TELEVISION CREDITS : Casualty; Thief Takers; The Bill; The Verdict; Queer as Folk; Clocking Off; Fat Friends; A Touch of Frost; The Inspector Lynley Mysteries; The Face on the Barroom Floor; Calling the Wild; Cutting It; The Project; Sweet Medicine; The Jealous God; Where the Heart Is; Waterloo Road; Lark Rise to Candleford; Marple; Emmerdale

THEATRE CREDITS : The School Night; Brighton Beach; Scumbags; Erpingham Camp; Romeo & Juliet; As You Like It; West; The Hubris of Erasmus Jones; Absolution; Saved; Outcry; The Pleasure Man; The Long and The Short and The Tall; Measure for Measure

* Some of Jason’s paintings can be seen in art galleries in Brighton.

Since leaving CASUALTY, Jason Merrells has appeared in a number of other television roles, including popular drama Cutting It, Waterloo Road and soap Emmerdale. He also is a writer and artist.

Former CASUALTY actor Jason Merrells is currently appearing in Alan Ayckbourn’s hit comedy ‘How the Other Half Loves’ at the Theatre Royal Haymarket. The...