After the tragic death of rogue Jack Vincent at the end of the last series – fans saw his fiancee to be, technician Nikki Marshall, devastated.

But for fans it didn’t seem long ago that she mourned his death, and that now five months on she was ready to walk down the aisle again – this time with affable Paediatrician Jim Brodie, who seems to be everything Jack wasn’t.

Nikki meets Jim, following the train crash at the beginning of the series. She befriends a young boy, who has lost both his parents and ensures he settles well into foster care – assisted by new paediatric specialist Jim. The attraction between Jim and Nikki is immediate, and he picks her up as she comes to terms with losing Anna. They join together to discuss fund-raising ideas and enjoys his company. Nikki is seduced by Jim’s American charm and maturity and things move very quickly ‘Jim offers Nikki security and love, something she’s never had before,’ says 23 year old Kelly who plays the young technician. ‘What’s not seen in those three months is quite substantial. She’s then plodding away through life and then somebody takes an interest in her and she’s not really that bothered, but he pursues her.’

‘After everything that’s happened in the last two years, she’s been swirling around and Jack has caused her havoc, I think she just wanted to settle down and be normal for a bit’

But in every CASUALTY relationship, things are still far from straight forward – when she flirts with a patient, who ends up being Jim’s teenage son, Andy, which leaves Nikki with some decisions to make.

‘She’s still grieving for Jack. He was blown up on their wedding day, which wasn’t that long ago,’ Kelly explains. ‘She allows herself to be drawn in by Jim. Then Andy comes along and she’s left wondering what she’s got herself into.’

Over Christmas, despite Nikki’s best efforts to keep her distance from Andy, who is clearly smitten for her, she ends up in bed with him when Jim whisks her off to his country house for the weekend.

‘Jim has a romantic weekend planned for him and Nikki, but they find Andy waiting at the cottage,’ she says. ‘He doesn’t mind because after all, he’s his son.’

‘Jim doesn’t suspect a thing – he’s unaware of the attraction between Nikki and Andy, even though it’s right under his nose. Later on, when he conveniently pops out to buy some food, Andy jumps on Nikki and they do the nasty on the sofa.’

Despite the highly charged atmosphere between Nikki and Andy, Jim happily chats away to the pair of them over dinner, blissfully unaware that his fiancee and his son have just cheated on him. The pair are so racked with guilt that they’re barely speaking.

‘They’re round the table eating and Jim keeps saying, ‘This is so great, my favourite people all together,’ says Kelly.

‘I don’t think Nikki has intentionally treated him badly, she’s just lost and doesn’t know who she is or what she wants anymore. She got engaged to Jim too soon and it’s inevitable that things aren’t going to run smoothly.’

Things become increasingly difficult, and when Nikki’s hen night ends up in the same place as Jim’s wild stag do – Andy declares his love for her and Nikki ends up confiding in Claire that although she loves Jim, she also feels something for Andy.

In CASUALTY’s New Year episode things come to a head, when on her wedding day, Nikki is in turmoil. She feels Andy reminds her too much of Jack, but ultimately she cannot marry Jim either – and she flees down the aisle in tears.

The dramatic episodes have been one in a long line of great storylines for the character of Nikki and Kelly is pleased at what she has achieved. ‘I’m really lucky that such great stuff has been written for me,’ she says and adds that last two series’ cliffhangers were the most challenging to play. Two years ago, Nikki was left fighting for her life after being stabbed, ‘That last episode in series 16 was a real high for me. Filming that scene made me dig deep into myself to find somebody inside me that I didn’t know was there. I feel it is some of the best work I’ve ever done.”

One year on, Kelly found herself in the thick of another nail-biting finale as the show celebrated its 400th episode and Nikki found herself in the middle of a kidnap ordeal. Kelly also enjoyed filming those scenes: “I loved being fitted for the wedding dress. I had four made – one nice one and three that could be ripped, made dirty and wet as the episode was very action-packed.’

Since being in her third series now, Kelly remains one of the only downfalls is having to say goodbye to other cast members that leave the show and admits she was in tears for real when filming Anna’s death scenes. ‘Everybody was stood in the room crying. We were genuinely all upset because Zita was leaving,’ she said. ‘We’d just dealt with the fact that we’d lost Dan, Will, Lee Adjoa and Cath all last series, so Zita going as well was upsetting – for two years we’d all been such a close family.’

‘I love it when there are new faces but I miss Will and Zita, who I’ve worked with for the past couple of years. We stay in touch on a weekly basis, though.’

One of those new faces being that of established actor Maxwell Caulfield, who plays her love interest Jim Brodie. But even with a large list of acting credits to his name, Kelly admits she didn’t know how famous he was. ‘I had no idea who he was before – I’d never watched The Colbys’. I’ve watched Grease 2 but that was about it, so although I recognized his face I wasn’t aware of his status in the States. – when I phoned my agent to tell her who was joining she was very excited though!’

‘I’m terrible with names and faces. I once sat in a pub with Richard Harris for four hours and didn’t have a clue who he was either – then I went home and saw ‘Gladiator’ and went ‘oh my god!’ But I’m not interested in stardom and things like that, people are just normal to me.’

Kelly’s love life is however more settled than that of her character. She divides her time between a waterfront apartment in Bristol when filming to her home town in Doncaster, where she lives with her boyfriend, Gavin.

At the time of this interview, all Kelly was thinking about was getting home to her boyfriend, who she has been seeing for nearly six years. She says: “I want to go home. I’ve worked so hard since the beginning of the series – non-stop. I’m leaving this afternoon and I can’t wait.”

If I had a quid from everyone who asked if Nikki lived….’ jokes bubbly actress Kelly Harrison.It’s been a fantastic year for 22 year... 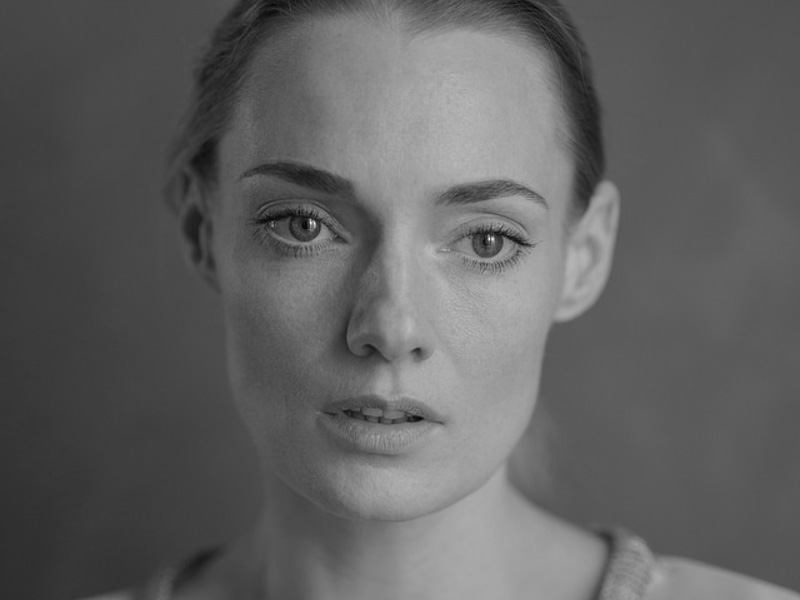