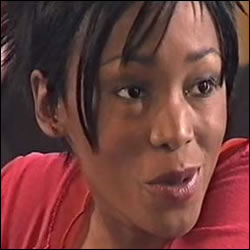 STORYLINE : Shaun Bayliss leaves his lawyer firm’s work party after being teased by his boss. His female colleague, Zoe, comes after him and finds him drunk. He then gets on to a bridge and falls onto a roof below, severely damaging his leg. In A&E Shaun tells his boss that he will take him to a tribunal, and Zoe sticks up for him.

STORYLINE : Cassie is a hostage in a robbery but in hospital Roxy discovers she was infact involved in setting up the event.