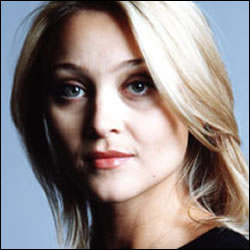 I have got to get to work Mr Greenwood

Sexy, strong and confident SHO, Lara Stone, arrives in Holby A&E, fresh from war-torn Sierra Leone, and is immediately dubbed ‘Lara Croft’ by her colleagues. She’s an adrenaline junkie, who enjoys the frenetic pace of A&E and loves a challenge, but her over-eagerness is where she can faulter – she’s not used to working by the book. Her attractive looks also cause a stir from receptionist Jack, nurse Dillon and also arrogant Med Reg Patrick – despite the fact he is having an affair with married policewoman, Rachel.