Pretty Leanne Wilson is set to make a big impression on CASUALTY fans when she makes her debut from Episode 3, as she exudes a gentle, happy glow as dependable and down-to-earth staff nurse Claire Guildford.

This is a world way from her tantalizing performance as Jess, a scantily-clad English pole-dancing barmaid in the big budget sci-fi series Tracker, which was made in Canada and transmitted throughout the States last year.

‘It was an amazing experience; it was a huge budget, American style show and I had my own driver and everything. It was fantastic!,’ enthuses Hertfordshire-born Leanne “Chicago was filming on one side of us and Phonebooth on the other. We were sandwiched in the middle and it was so exciting. I met some amazing people including Catherine Zeta-Jones and Renee Zellweger.”

Tracker was Leanne’s first stab at a long-running series and, fortunately, it has taken off and is repeated on various channels in the States – keeping her image fresh in the minds of the Hollywood producers she intends to wow in due course. “I really want to do film. Whilst it wasn’t LA, I learnt so much about the North American film industry while in Toronto. I do visit some great friends I’ve made and I’d love to work there again.”

‘I was over there for nearly nine months and I did consider staying as for an English person to be on over there was a great thing but I decided to come back and got a part in the pilot show of New Tricks and then landed CASUALTY – which was fate for me.’

‘To get my profile over here will be the biggest thing for me,’ says Leanne. ‘To be a part of such a long running show is just fantastic. Maybe in the future I’ll go back abroad but I’ll see what happens – at the moment just to be in work is a blessing!

Her roles on the British small screen have been slightly more “girl next door”, save for a Muller Rice commercial in which she had to pad along a beach and whip her top off in 2001. She starred in BBC’s daytime soap, Doctors, as Candy, the receptionist who took over from Sarah Manners’s character. She then appeared in ITV’s Night And Day before hot-footing it to the States. She is also friendly with Will Mellor, with whom she starred in the movie version of Is Harry On The Boat in 2000.

Leanne has never been swayed from her childhood ambition to be an actress, having danced from the age of three. ‘My mum knew I was going to be an actress the day I came home from school crying because I hadn’t got the lead in the school play,’
recalls Leanne, who went on to study at Sylvia Young’s Theatre School. ‘When everyone was out partying, I was fitting in as many productions as I could and in half-term I’d even do the filing in Sylvia’s office because I wanted to be there so much.’

Such was her dedication that at the tender age of seven, she would catch the 97 Green Line to Saturday school in London on her own. ‘From a very young age I was in an adult world; I was ahead of my years in that respect.’

She describes her current character, Claire, as ‘independent, honest, confident and good at her job. She’s determined, outgoing and not only does she say what she thinks, but she also stands by what she believes in. What’s more, she loves getting
up in the morning for work.’

‘I find her really untouched,’ she continued ‘She sees things in black and white and really goes for what she believes in. In one particular storyline, she believes in something so much she will carry it through right to the end. Although she does respect authority, she does know how the system works and is very good at her job – but will say if she thinks something is wrong and is intelligent enough to have xyz reasons to back herself up’

‘I think it’s the way she has been raised. She’s been a very protected person and she’s always had a lot of support from her mum and dad although they are separated. She’s the type of girl who’s a bit adored but is very grounded,’ she said. ‘In her relationship with her ex boyfriend, who she was with for six years – I think she always had a lot of control and also has an older brother who has always protected her. So I don’t think she’s ever been hurt in love or been hurt or scared in any way – so for me it’s refreshing to see someone who’s not been damaged at all.’

‘She’s a pure person who says ‘well that’s right or this is not right.’ instead of thinking of any of the complications in between which may change her viewpoint, but ofcourse she must come a cropper!’

Leanne is straight in at the deep end with a big storyline involving Keith, Claire’s boyfriend of six years, with whom she breaks up. ‘She’s realised she needs more in her life than he can offer. Their life together has got predictable as he wants to settle down. She’s not ready so it’s become one-sided,’ explains Leanne. Keith wants her back more than anything, ‘which is really unattractive,’ Leanne interjects. ‘He still wants to be Claire’s boyfriend and he goes to great lengths to win her back. Being a bit extreme he takes everything she owns out of the flat and leaves all her belongings in reception and he later end up getting more and more serious in his pursuit to the point of being scary. He just won’t take no for an answer.”

To complicate matters, Keith’s mum, Joan – played by ex-Bad Girls actress Helen Fraser – puts the pressure on since she doesn’t want to lose the daughter she’d always wanted, but never had. It is tough for Claire because she is kissing goodbye to the whole package.

Leanne can relate to Claire’s dilemma, having been in serious relationships herself that didn’t work out. ‘I was with a guy for a few years and I had to break it off. You feel really, really guilty and it is hard, having been really close friends with someone, to have to do that but when two people don’t feel the same way, it’s never going to be easy.’

Ultimately, she asserts, it was the right decision and she discloses that she has been on the receiving end, too. She recalls: ‘I over-analysed things and just saw what I wanted to see.’ At 22, Leanne feels Claire has a lot to learn. She’s never been hurt in love before and needs to see a bit more of life. Leanne, who isn’t currently in a serious relationship, is enjoying the freedom to do just that.

It is hard to believe the pretty blonde has an ounce of aggression in her body but Leanne is a fan of kick-boxing in her spare time. She enjoys releasing all the pent-up frustrations of the week, ‘Kick boxing is fantastic in releasing the stress. I’ve only been to a months worth of classes but its good for letting aggression out – just imagine your ex-boyfriend and you’re away!’ but her big love is dancing. Street dancing is her bag and, when time allows, she trains at Pineapple Studios in London. Referring to her tight schedule, she laughs ‘I have to dance round my sitting room to keep in there!

Leanne lives with a mate in Hitchin but, when working, has a base in Bristol where she is enjoying making new friends with the cast. ‘We all play softball on a Monday – it’s fantastic fun and makes all the difference to our working relationships.’

Leanne has made her parents proud with her latest role. ‘I used to go babysitting with my mum and she used to knit while we watched CASUALTY together. She and my gran are avid watchers and I love the fact that they will soon see me in it.’

Like Claire, Leanne is very close to her siblings. She has a younger brother, (21), who recently walked out of university and straight into a job at Sky as a trainee camera operator, and a tall brunette of a 16-year-old sister who has her sights set on being a model ‘I’m the eldest at 22.They say bossy – I say protective!” says Leanne, the ultimate big sis.

Leanne is looking forward to her rise to fame in the UK’s top medical drama, but is she prepared? ‘Over here, profile-wise this will be the biggest thing for me – I’ll have to talk to Manners (Sarah) really and get some tips!’ she joked. ‘To be honest I haven’t really thought about it – I don’t know if that’s a good or a bad thing, but I just love what I do and will just deal with whatever comes with it.’ 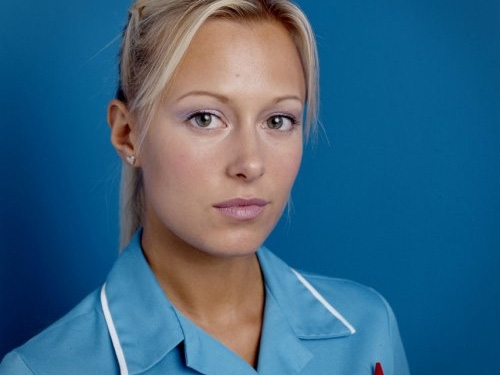 Fans were disappointed to learn that Leanne Wilson was leaving the show after two years but her dramatic exit is set to be her... 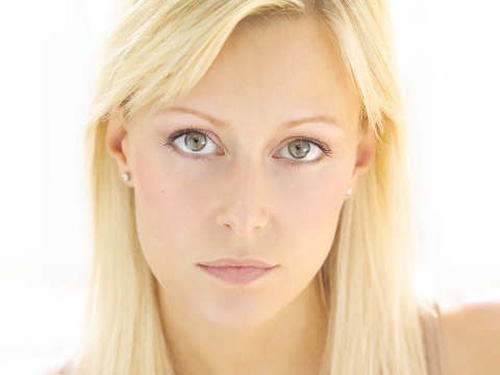 Actress Leanne Wilson was last seen in CASUALTY in August 2005 when her character, nurse Claire Guildford, plunged her car into the harbour in... 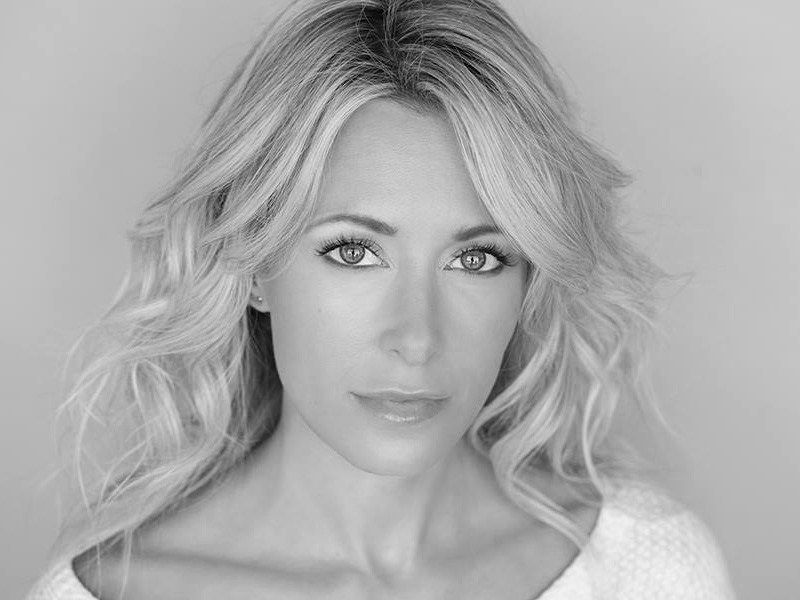