At the end of Series 16, scatty Student Nurse Roxanne Bird joined the team – naive, prone to mistakes and with plenty of skeletons in her closet.

“Roxanne arrived in the Holby A&E Department a well-meaning collection of neuroses,’ says Loo Brealey, 24. ‘She was very young for her age and had a big problem with authority. She hid the fact that she had a baby from the rest of the staff and was in denial about being a mother. But, after hitting rock bottom and abandoning Nicole in a baby-changing facility overnight, she began to face up to her responsibilities and get her life straightened out.”

But on low pay as a low-grade staff nurse, single mother Roxy struggles to make ends meet and takes desperate measures to support herself and Nicole.

At the beginning of the series, Roxy let it slip that she is pregnant, when a psychiatric patient attacks her. Later she admits the pregnancy to Bex – but keeping the secret of who she became pregnant with; Bex assuming it was a one night stand. ‘With a rack of debts, she’s taken it upon herself to make several thousand pounds by having a baby for a childless couple,’ reveals Loo.

‘Potentially though it could lead her to more problems – in episode 11, the father shows up in casualty and the proverbial hits the fan when her boss finds out she’s a surrogate mother.’

Loo did plenty of research into surrogacy for Roxy’s storyline ‘I’ve been doing my research and it’s emotional business,’ she admitted.

‘It’s all above board and legal, however your only allowed to be paid expenses – but ofcourse there’s some considerable lee way in there,’ she said ‘I think they’ve worked it out that Roxy gets about ?6000.’

With the surrogacy storyline this series, Loo Brealey reckons there’ll be no room for any romance for Roxy this series. ‘I’m imagine that they don’t think pregnant women like to have sex!’ jokes Loo. ‘But I enjoyed my screen kisses last year, it’s always the quiet ones: Roxy managed to get three different snogs – from bad boy boyfriend Hakkan (Bombay Dream’s Rezza), Dillon (Dan Rymer) and a snowboarder with a terminal brain tumour. Nice!’

Loo has enjoyed playing the character of Roxy, “In the show it was brilliant doing all the leaving-the-baby stuff, really challenging. When people stop me in the street, they still joke that I’m a bad mother!’

But confirms she’s not like her character in real-life ‘Like Roxy I can be incredibly scatty, but apart from that I think we’re very different. We’ve chosen very different careers for a start, and she is a teenage mother, I haven’t got any kids secreted in my closet!’

Loo’s steady rise to fame came after graduating from Cambridge University – she wanted to train as an actor so she applied to the Lee Strasberg Theater Institute in New York City.

Lee Strasberg was the guru who taught the Method style of acting to the likes of Marlon Brando, Robert de Niro and Al Pacino. ‘New York is an incredible place for a first timer,’ says Loo. ‘The steam coming up from the pavement, the yellow cabs, the famous sights; you feel like your living in a movie.’

On the year long course, Loo mixed with students from around the globe, including a Bosnian who took his training so seriously he once lived an entire day in slow motion. ‘In the end I got a lout out of the classes,’ ex plains Loo, ‘but I remember sitting in a room when I first arrived, surrounded by people screaming and sobbing for real, and wondering what the hell I was doing there!’

On her return to the UK, Loo acted in a few fringe theatre productions in London while taking classes with Philippe Gaulier, a French eccentric whose past pupils include Ali G, Emma Thompson and Friends’ David Schwimmer. ‘Philippe’s whole theory is about finding your ‘pleasure’ as an actor. For months he wouldn’t let me on stage because he thought I didn’t want it enough, then finally I did Lady Macbeth dressed all in leather with a ridiculous German accent. It was brilliant fun.’

Two years ago, Loo got an audition through a friend at London’s Royal Court Theatre to play a 14 year old geekish teenager. Aware that the director was unsure if she could pull of the age difference, she went to the call-back audition in a school uniform. The gambit worked as the show got rave reviews and Loo got an agent. Two weeks later, she won the role of Roxy.

Loo now divides her time between Bristol, where CASUALTY is filmed and London where she lives. “I bought a house in south London, stripped the floors myself and grew my first tomato on the roof terrace, and in my spare time, I am generally on the M4 going back to London or coming down to Bristol!”

But she managed to take time off for an exotic holiday earlier this year, ‘I snorkelled in the Caribbean Sea off Cuba and burnt to a pork scratching!’ she said, but also spends time with the CASUALTY cast outside of the work schedules. “The cast went to Alton Towers in February 2003 and, by the end of the day, we’d been recognized and ushered to the front of the queues, which was amazing. In my defence, I did wait in the queue for the ‘Air’ ride for an hour and a half. It was a brilliant day out but I hated the ‘Corkscrew’ – I banged my head and the funny photo they took had me looking green and everyone else yelling with joy!’

On Set, she relaxes by recently learning to play the guitar ‘Derek Thompson is helping me in between scenes’.

‘I also love watching black and white movies and reading. At the moment I’m crawling through a 300 page anthology of American literature. It keeps me off the street!’

Her favourite food and music she describes as saying ‘I like everything that’s bad for me, especially school dinner food like meat pies, mash, gravy and pudding. I despise sweetcorn and I don’t drink caffeine because it sends me completely insane. Music wise I like anything from Jeff Lynne’s The War of the Worlds to Radiohead, Leonard Cohen and The Smashing Pumpkins. I love new music but I’m actually a bit of a Radio 4 girl.’

Finally we asked Loo if she had any real life casualty experiences. Vividly she remembers a trip to A&E when she was younger ‘When I was four I went down the hill near my godmother’s house on a tricycle and had to have the inside of my mouth stitched up. I was a monster; it took five nurses to hold me down to apply the local anaesthetic, which they called Pussy Prickle.’ 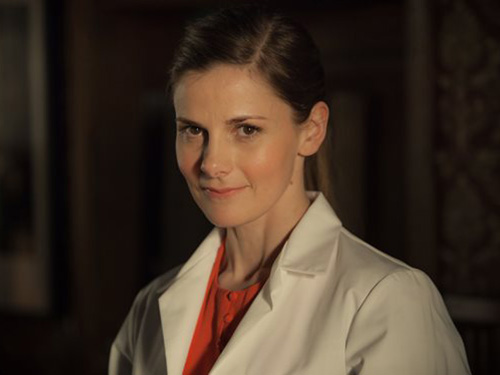 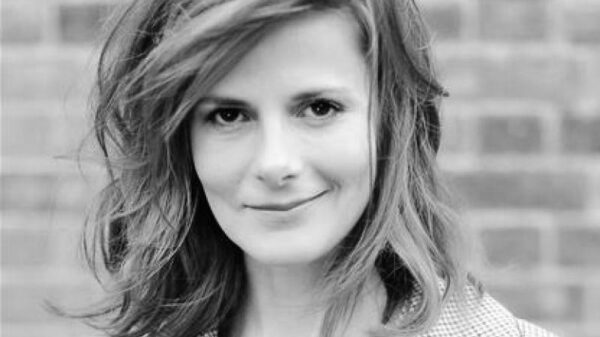