Actress Lucy Gaskell joins the cast of CASUALTY this month as nurse Kirsty Clements. She talks to holby.tv about her latest role…

What can you tell us about your character Kirsty?

Kirsty is the kind of person you’d love to have as a friend – she’d always be there for you when you needed her, would help you in any way she could and cheer you up when you’re down. She’s fun, game for a laugh and a joke with her colleagues but also extremely professional in her work. She is a great nurse – became a Senior Staff Nurse at a young age thanks to her skill, determination and hard work ethic. She likes to be busy and leave the ED knowing she’s done a good day’s work and made a difference to the
lives of others. This is also her fatal flaw – she all too often puts the needs of others before her own and if she stopped for a minute to take a look at her own world, she would probably be surprised to notice the cracks she’s hiding from herself and
others.

Can you relate to her in any way? Are you quite similar?

There are many ways in which I can relate to Kirsty. She appears to be a strong, confident person to others but on the inside she’s actually rather sensitive and vulnerable. I guess this is a personality trait that we do have in common! I also like to think of myself as being a rather good friend to have in a crisis! I get this from my mum – she’s always there to turn to if you should need her and is a brilliant support for her family and friends when things are tough. She’s really inspired me in this way and I hope to bring some of this to Kirsty.

How does Kirsty get on with the rest of her colleagues? Will she have her eye on anyone romantically?

Kirsty finds it easy to get on with most people but doesn’t suffer fools and will stand up for herself and others if she feels she/they are being mistreated. Her and Tess don’t always see eye to eye, thanks mostly to their different nursing styles. Tess reprimands Kirsty for getting over involved with her patients which frustrates Kirsty as she passionately believes in going that extra mile for a patient if it means it will help them outside of the ED. She gets on well with Zoe and enjoys having a laugh with the boys.

Romantically, she is married and we will meet her husband in the new series.

I auditioned for the role and found out the next morning I’d got the job! I was glad I didn’t have a long wait to find out if I got the part or not as the ‘post audition wait’ is often the worst part of being an actress! My sister was already coming down that night to spend the weekend with me so it was great that I got to go out and celebrate with her.

Were you nervous about joining the show and it’s established cast? Did it help working alongside your old school mate Georgia Taylor? What was your first day on Set like?

Its always nerve wracking joining an established show and its regular cast but I needn’t have worried – the cast and crew are one of the loveliest, friendliest bunch of people I have ever worked with! They really made me feel welcome from the moment I
walked through the door and, of course, its just brilliant that I am finally working with my old school pal Georgia! We’ve always hoped we’d get the chance to work together and it feels like the most natural thing in the world. After my mum, she was the first
person I called when I found out I got the job!

Who else on the Set have you become good friends with?

The cast are such friendly, lovely people that it was easy to bond with them all straight away! They are very supportive of one another and there’s a good team spirit on set.

Did you use to be a fan of/ watch the show before joining?

I watched the show every week with my mum when I was growing up!

You also had a guest appearance in sister show Holby City, do you have many memories about this role?

I was a guest on Holby City back in 2002! I remember the regular cast being very supportive during my labour scenes! – I did a LOT of pushing, screaming and throwing up!

You’d better ask someone else that but I’d like to think so yes!

I think Meryl Streep is my all time inspiration. She’s so versatile and impossible to pigeon hole. From indie to commercial films, she’s had a fantastic career and can pull anything off. I think my favourite performance of hers that I have seen to date was in the film “Adaptation”. I am also a fan of Kate Winslet and think she has made some great choices in her career. The late Heath Ledger was a huge talent and his untimely death a massive loss to the film industry.

Cutting It was obviously a great job for me. It was my first job out of drama school and the best training ground I could have wished for. Debbie Horsfield wrote the most wonderful part in ‘Ruby’ and I have very fond memories of that show. I also enjoyed working on Being Human last year. I’d like to do more comedy in the future.

I like to spend my spare time with my husband, my family and friends. I love to cook and get lots of friends together for dinner and a good catch up!

a) CD you bought – I don’t tend to buy a lot of CDs these days as I mostly just download music. The last song I downloaded was actually something I need to familiar myself with for the show!

b) film you watched – The last film I watched was “Up” – I cried so much watching that film! We were passing the tissues along the row!

c) book you read – The last book I read was “Notes from an exhibition” by Patrick Gale. Its a wonderfully perceptive book about the effects of mental illness within a family and how that shapes relationships within it. 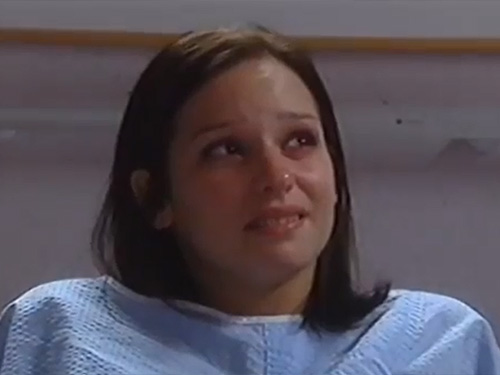 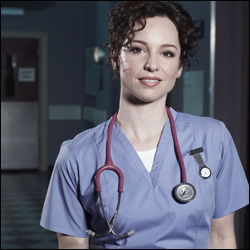 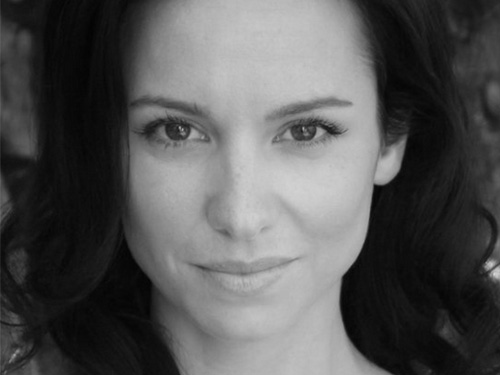