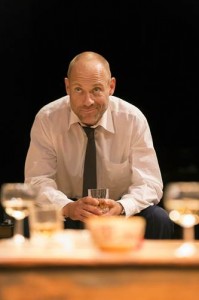 Following a successful run at the Donmar Warehouse in  ‘My Night With Reg’ earlier this year, former CASUALTY  actor Matt Bardock will return to the role next year when it transfers to the Apollo Theatre.

Matt, who recently left CASUALTY after his character Jeff was killed   in an explosion, plays Bernie in the play about a group of men and the complex web of friendships and relationships that connects them.

The play runs from 17th January – 11th April and all original cast from the Donmar will reprise their roles.

Matt Bardock heads back to theatre in a production of 'Measure for Measure'.

Following on from his successful run in ‘My Night With Reg’, former CASUALTY actor Matt Bardock is returning to the Donmar Warehouse in London....