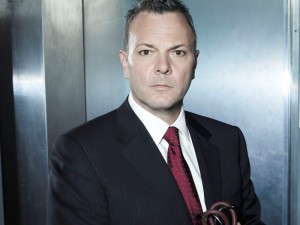 Following the recent departure of Dylan played by William Beck, the BBC have confirmed another exit set to to disappoint CASUALTY fans.

Michael French, who has played Nick Jordan in both CASUALTY and sister show HOLBY CITY is to quit his role. His last appearance is on 2nd February.

Michael first appeared in two episodes of CASUALTY in 1998 before taking a regular role in HOLBY CITY for it’s first two series. He then appeared in a 2005 crossover episode before returning to HOLBY CITY in 2006. He then transferred his role to CASUALTY in 2008 where he has played Clinical Lead.

He has had a number of strong storylines over the years, his most recent being the death of his partner Yvonne Rippon, his departure promising to be an ’emotional farewell’.

Executive Producer Johnathan Young explains ‘The end of the riot left us with an injustice, the viewer knows that Nylon, who was accused of her murder, didn’t do it so it’s a question of how the truth will come out’

Despite Michael French’s exit, his character won’t be killed off leaving the opportunity open for him to return in future. Johnathan added ‘There are no immediate plans for him to come back but the character of Jordan is alive and well – he leaves putting the demons to bed and believing he’s definitely got a future. He’s such an iconic character, we would never give up on him.’