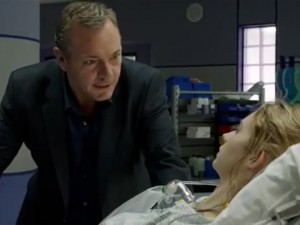 CASUALTY have won an award at this year’s Mind Media Awards.

The awards honour the very best media portrayals and reporting of mental health problems across broadcast, print and digital media; CASUALTY was shortlisted in the Soaps and Continuing Series category for Series 27 Episode 19 episode where Nick Jordan meets feisty outpatient Lauren. Lauren implies she’s terminally ill but Jordon discovers she has anorexia and fights for her recovery.

The awards ceremony took place at the BFI on 18th November, where CASUALTY were awarded for the episode written by Kelly Jones.