Australian actress Natasha Leigh joins HOLBY CITY for eight episodes as doctor Lilah Birdwood from next week. She talked to holby.tv about her exciting new role…

What can you tell us about Lilah?

She’s a great character to play! She’s from an underprivileged background – the underdog. She’s over here on a scholarship and is mentored by Ric. Through her story, she has her ups and downs. She runs before she can walk – she’s that type of girl so she ends up putting herself in vulnerable positions. But she’s young, gun-ho and desperate to prove herself.

Back in Australia, Lilah had an affair with a married Consultant, is that why she came to England?

That’s a big part in her background. She has to succeed because situations back in Australia mean this is her last chance. Lilah’s been given this chance to do what she needs to do, so she’s not looking for anything to mess it up. This is important to her – she doesn’t want anything now to jeopardise her career.

So no love interests for her in Holby?

Well it’s her nature to be open, flirty, fun and get on with everyone. There might be something which naturally evolves with someone she works with but nothing too serious. I can’t say too much about it!

Is there anyone at Holby she clashes with?

Lilah gets along with everyone and plays her cards very well. She’s good at sussing people out and she’ll work out how to work with say Chantelle differently to Malick or anyone else.

I think Malick sees a little bit of himself in Lilah. How she’s trying to prove herself, maybe there’s a little jealousy there which creates a bit of tension.

How is the dynamic with her mentor Ric?

They have a mutual respect for eachother. He can see the potential in her and that plays into her running before she can walk. She thinks she can do things but realises she’s young and not as experienced as she thinks she is. Ric’s there to keep her on the straight and narrow. He looks after her but pushes her to succeed.

How did you land the role?

I’ve got a London based agent and whilst I was in LA filming, I sent over an audition tape then went back home to Australia. I then did a meeting on Skype with the producers, flew over and here I am! I’m in England just for these 8 episodes. She’s like a whirlwind!

Being your first UK TV role, was it quite daunting?

Not really, it’s just exciting! Holby is such a massive show compared to anything in Australia. I’ve done ‘Underbelly’ and ‘Neighbours’ over there but this is a whole other level! I haven’t done a medical drama before so this has been so interesting to film and the cast really welcomed me.

Had you watched Holby previously?

We don’t get the show in Australia. We do have UKTV but Holby wasn’t showing at the time I was auditioning so I had to have a look on You Tube to get a feel of the show.

I think so. I’ve tried really hard, despite her being flirty, fun and vibrant, not for her to become a femme fatale or for viewers to think she’s over confident because she’s not like that at all. The dynamic is very delicate – I love her as you can see she is honest and raw. She’ll say it how it is and she’s not afraid to take risks or admit if she’s messed up.

I think there’s always a bit of yourself in your character and there are a number of similarities in the storylines I’ve done; coming over from Australia, having to prove myself like Lilah. It’s easy when I have to do emotional scenes like that as sometimes I think to myself ‘What if I fail?’

Would you like to do more work in the UK in future?

Absolutely! I’ve had to go back to Australia for a film later in the year but I’d love to come back here, bring it on! 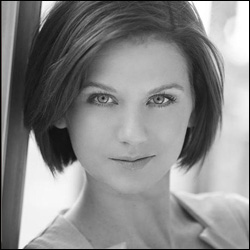 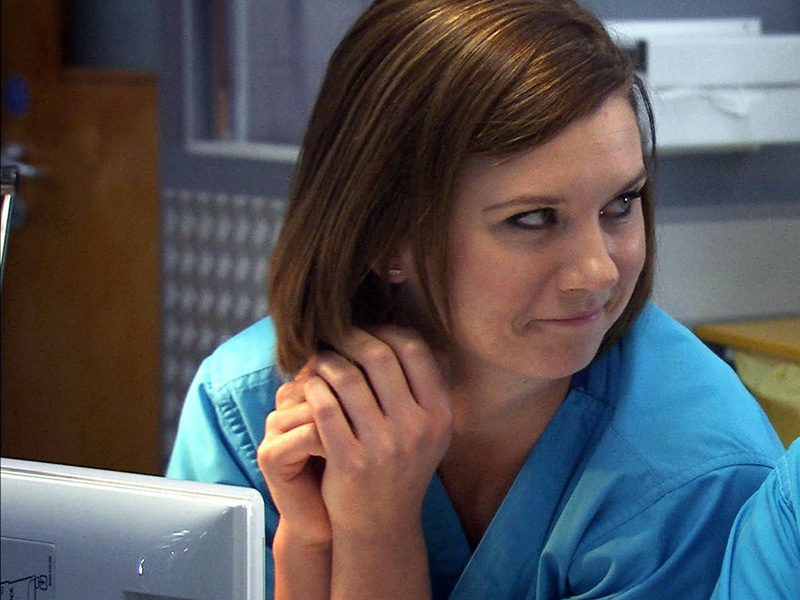