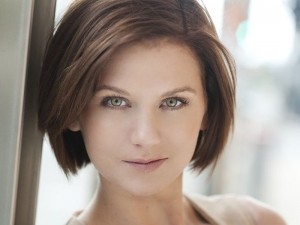 Actress Natasha Leigh has joined the cast of HOLBY CITY.

Natasha will play Australian medic Lilah Birdwood in eight episodes of the medical drama from October.

It’s her first UK TV role, having appeared on the small screen in other countries’ most popular shows including Neighbours, City Homicide, Cops and Brogan Pride.

Natasha added ‘Lilah’s over here to prove herself. She’s a great character to play!’