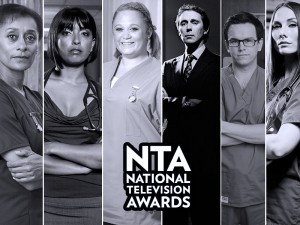 CASUALTY and HOLBY CITY have been nominated at next year’s National TV Awards, alongside a number of the shows’ cast members.

Public voting is underway and the shortlist will be announced in the New Year. To get our favourite shows the recognition they deserve, head to the National TV Awards website now and make your vote count!