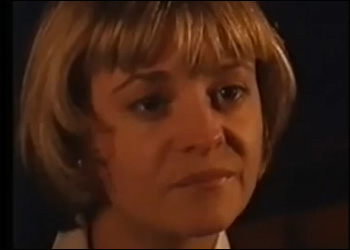 STORYLINE : Bob is driving a fuel tanker whilst talking to his pregnant wife Shirley on his mobile. Shirley is in labour and is being taken to Holby City in an ambulance by Luke and Rosie. As Shirley is shouting at Bob to hurry up and get to the hospital, Bob swerves to miss a pedestrian and crashes through the wall of AAU, and smashing into the reception area. Later Shirley gives birth – the baby is mixed race. She realises that he is not Bob’s but a result of a one night stand. Bob is gravely ill and Ric works to save him. He knows he is dying and asks to be taken to see his son. Donna realises the baby is not his and asks a white couple to borrow their baby. Bob is taken over to Shirley and asks to see the baby before he dies. Shirley is about to confess when Donna brings the white baby out. Bob holds him in his arms before passing away. Shirley says she does not want her child and hands him to Rosie.

STORYLINE : Continued from Casualty’s S19 E17. Shirley is handed the baby and she is overjoyed he is alive after being trapped in the explosion.