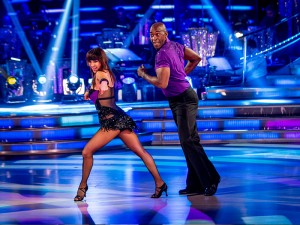 Patrick, who is paired with dance partner Anya Garnis, performed the Cha Cha to ‘Mercy’ and scored 33 points. Three celebrities came joint 1st with 35 points, with Patrick coming next in the leaderboard.

His introduction clip showed some of his CASUALTY colleagues including Derek Thompson, Amanda Henderson and Suzanne Packer at the Set giving messages of support.

For more information and clips you can visit the official BBC Strictly Come Dancing website as well as sign up to cast your votes for Patrick online.