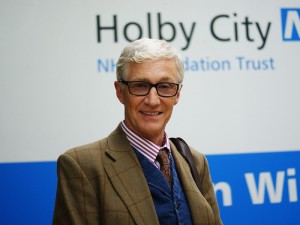 Paul will appear in three episodes, playing cancer patient Tim Connor, to be aired in September.

The BBC Radio 2 host and presenter of his own ITV chat show, said he was delighted to be given a role, having been a long-time fan of the hospital drama.

“I’m a big fan of HOLBY CITY so to be featuring in three episodes is absolutely brilliant,” he said.

HOLBY CITY executive producer Oliver Kent said: “Having Paul appear in HOLBY CITY is such a great coup for the show.

“Paul has a vibrant personality and a very unique way of engaging with the audience – not to mention he’s incredibly funny.

“This is exactly what we need for a storyline that will be filled with a rollercoaster of emotions.”