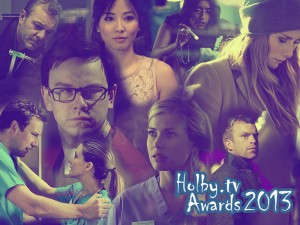 holby.tv announced the winners of their 10th annual Awards, celebrating the best of CASUALTY and HOLBY CITY over the last year in a comprehensive poll voted for by fans.

In CASUALTY, Sam and Tom; played by Charlotte Salt and Oliver Coleman dominated many of the categories, whilst Dylan (William Beck) was chosen ‘Most Want to Return’ and Robyn (Amanda Henderson) voted ‘Best Newcomer’.

For a full list of winners visit here; Casualty or Holby City