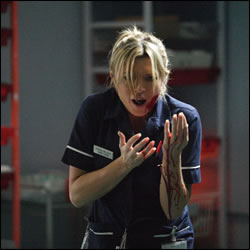 Stuart arrives drunk at his AA meeting and, after leaving, tries to make amends with Chrissie. They have a series of arguments and she tells him they will never get back together. Furious, Stuart attacks Chrissie with a scalpel, slashing her face. Shocked at what he has done, he holds her hostage, gagging her so that he can stitch her wound – but Connie hears a noise coming from the theatre and bangs on the door.

Meanwhile, having agreed an ambitious treatment for his brother, Joseph is horrified to see him deteriorate. After battling to save his life with Ric and Michael, Joseph and Lady Byrne agree to let him pass away.

Still being teased about her fake date with Linden, Donna decides to “go on strike” rather than help Maria with an overweight patient. 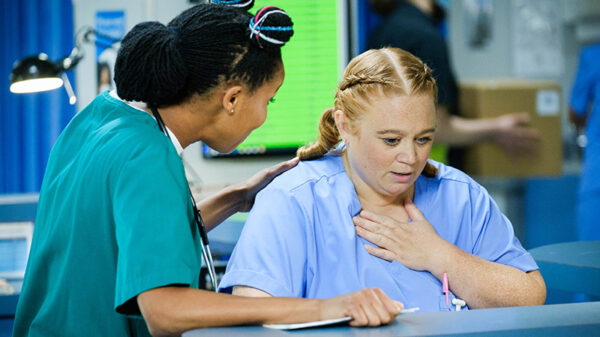 Dylan rushes to Paula’s aid when she goes into labour, but when she is found to have concealed a high risk birth, social services...