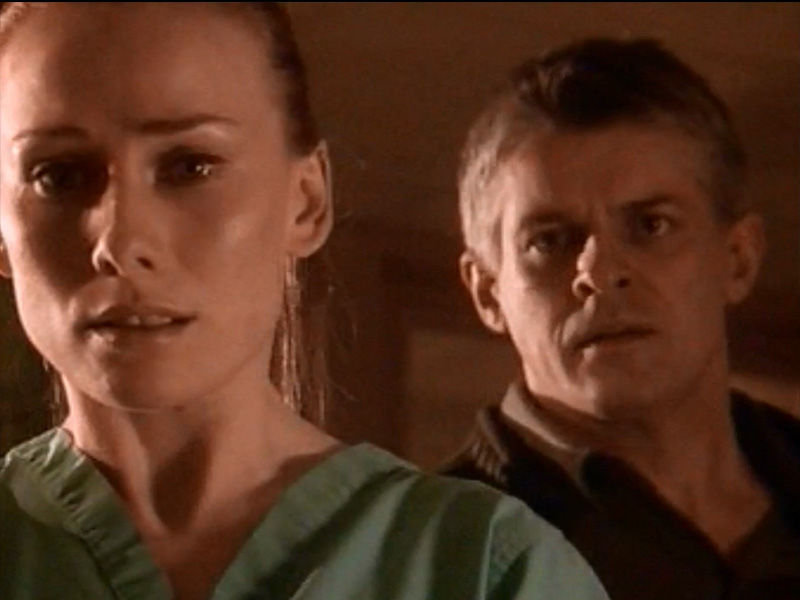 Jac is shocked to see Alan Clooney, the man who tried to rape her six months previously. He has arrived with his wife, Sara, who has considerable bruising. Jac attacks him and Lola and Joseph have to pull her away.

Meanwhile, Connie and Michael argue about Sam’s treatment and Maria shouts at them for their behaviour by his bedside. He pulls through and Connie is thankful that both Grace and Sam will be OK.

New nurse Saisha arrives at Holby and asks to be moved to Darwin to help Chrissie when she find out her ex is being treated there. Also, Joseph is worried about his ability to satisfy Faye, putting their relationship under even more strain. He decides that he needs to be more spontaneous.

Later, Alan is found by Linden stabbed in the heart with a pair of scissors. He is rushed to theatre and survives but the HolbyBlue police arrive and after questioning Lola, Joseph and Jac, arrest Jac for attempted murder.

* Song played at the end of the episode was ‘Memories’ by Ollie Sloan.