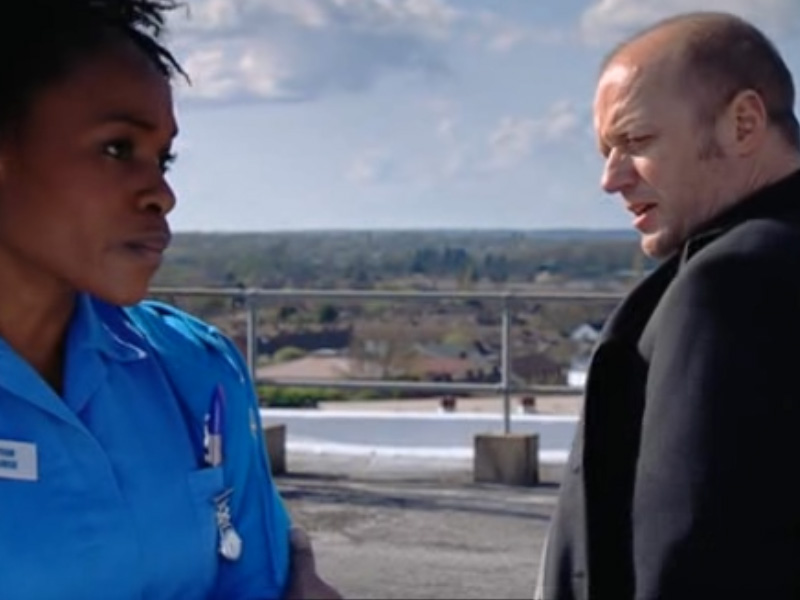 Abra’s flashbacks to his time in the Congo get progressively worse and his visions of a Congolese woman screaming for help send him running to hide in a basement cupboard. Kyla finds him and tries to comfort him but Abra’s visions come back to haunt him and he seeks refuge in a closed ward. Realising he’s unable to deal with his emotional stress, Abra decides to check himself into a psychiatric hospital.

Linden fights to have the Tans stay at Holby City after Jayne tells him they have to go to a special unit in London. When the Tans are told they have to be moved they refuse to go, believing they are being deported, and when security is called to remove them from the ward, Mrs Tan goes into labour!

Daisha thinks she may have caught a virus as she keeps vomiting but after she faints on the ward she asks Maddy to do some blood tests. Daisha gets a surprise when the results come back and Maddy tells her something she wasn’t expecting – she’s pregnant!

Also, a journalist poses as a patient to get a story for the local paper on the Tan family.