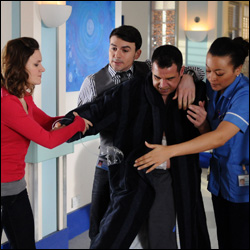 Annalese is suspended over Hewitt’s death and Ric informs her that the police might charge her with manslaughter.Tom, meanwhile, discovers that Ric knows about his faked reports and is desperate to gain his trust again, but everything he does goes wrong.

Elsewhere, Elliot’s dog, Samson, is still in a bad way and Elliot decides to operate on the dog himself with help from Martha and Jac.

In this article:Abi Bown, HC Series 11 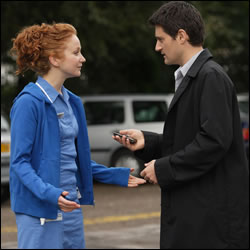