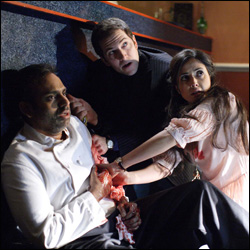 Joseph and Daisha find themselves in a shooting incident, and Joseph seems to hit self-destruct. Daisha helps Joseph do the right thing, but is then fatally wounded. Will Daisha survive this?

The team struggle to deal with two major incidents. But when Michael discovers Vanessa blames him for the chaos, he is forced to make a decision – Vanessa must remove Toby Geddes, or they will lose Elliot and Jac.

Ollie struggles to cope as Daisha’s life hangs in the balance.