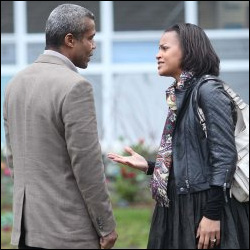 Hanssen is insistent that he can save Ric’s life in theatre and uses Jess, Ric’s heavily pregnant daughter, to persuade Ric to go ahead with the operation. At the last minute Jess wonders whether she’s done the right thing by interfering – but it’s too late; Ric’s under the knife. The stress causes Jess to give birth while Ric’s life hangs in the balance.

Elliot is outraged by Hanssen’s proposal to take Ric into theatre, believing it to be too dangerous. He makes Jess realise just how risky the operation is and so she asks Elliot to assist in theatre – much to the irritation of Jac, who wanted the chance to shine alongside Hanssen.

Oliver is still reeling from his confession to Penny and her threat hangs over him. He types up a letter of resignation but is unable to send it. During the course of the day he works closely with Frieda and is gradually reinvigorated. She encourages him to retake his F2 year and so he deletes the resignation letter.