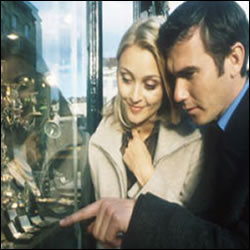 Patrick is annoyed when Lara crashes into his beloved sports car – she tries to make it up to him with kisses. Gemma tries to persuade Dillon to let her stay, but he takes her to a hostel. He arrives late for shift, angering Charlie. Tony starts his first shift as a Emergency Department Assistant and Josh is in A&E for some refresher training.

As Max and Gilly both celebrate their birthdays, Anna tries to warn Spencer that his daughter may be selling drugs in the department. He doesn’t believe her.

Lara treats a salsa dancer, Mrs Glover, who cuts her leg after tripping over while practicing. She suffers from manic depression, and gives Lara a black eye when Lara is giving her an injection.

Colette is amused when Josh helps to treat a man, Oliver, who claims to have urine retention.

Three people are brought in after an RTA. One driver suffers pelvic injuries. The other lady driver, Joy in the other car dies, and her passenger boyfriend suffers minor injuries. Her boyfriend is shocked to discover that she was married, when her husband, Mr Truman and two sons, arrive. Mr Truman also suspects after realising she had a passenger in her car. He asks Patrick to inform his sons, Brian and John of their mother’s death. They take it well.

A man, Mr Walker is brought into Resus after suffering an MI. His wife thanks Dillon for helping to save his life.

Patrick takes Lara to a jewellers for a ring. In his usual tone, he proposes to her.

Gemma is brought in from the hostel after self harming herself, by cutting her arms. Dillon is worried for her, but she discharges herself. She later calls him at work, pleading for his help – but Charlie refuses to let him leave his shift early, saying she isn’t a suicide risk. After finishing his shift, Dillon goes home and discovers Gemma collapsed after swallowing pills. She dies in Resus. Charlie takes Dillon aside, who is furious with Charlie. Charlie tells Dillon he reminds him of how he used to be, which Dillon is not impressed with – Charlie says that he was fighting a losing battle and you can’t win them all.

* Gemma Harvey – first brought in after cutting her arms, later brought in and dies after overdosing on pills.

As Patrick drives in, Lara crashes into his car, while looking at her mobile phone;

Patrick : You ran into the back of me!

Patrick : You weren’t looking where you were going!

Lara : Because you phoned me!

Dillon : Because that means I’m gonna end up like you

Charlie : You could do worse

Dillon : No Charlie, that is as bad as it gets

Charlie : One thing you haven’t learnt Dillon (Dillon exits) is you can’t take them all home with you.

In this article:Cas Series 16, Leslie Stewart 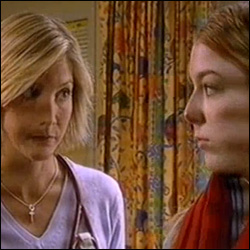 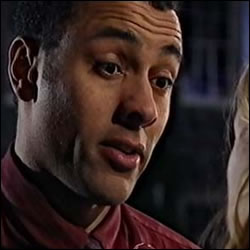 S16 E31 (6 Apr 02) : Dominoes by James Wood Episode Summary Comfort visits a church to confess her sins, after sleeping with Finn. With... 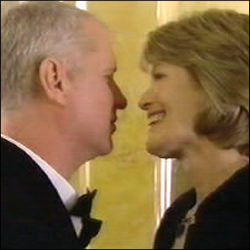 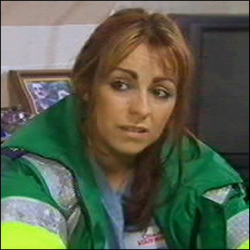