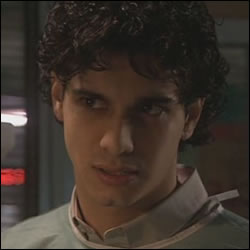 Guppy and Stitch try to make their shift more exciting by making a bet on who can clear the most cases.

While making drugs in their kitchen, junkies Kaz and Billy start a fire and are brought into the hospital. Guppy’s keen to impress Stitch and, in a rush to get back to other cases, gives the couple’s young son Tyler a drink from a bag his mother brought in. When Tyler’s condition worsens, Charlie discovers that the bottle contains methadone. Billy’s beside himself with worry for his son while Kaz is more concerned about getting her next hit and ends up choosing drugs over them. When Stitch barely reacts to Guppy’s news about the methadone incident, Charlie worries that Stitch is a bad influence.

Later, Guppy is in awe of Stitch’s brilliance in a high-risk op involving a patient, Stanley, with a severe nose bleed.

Selena is still troubled by her recent discovery that she’s pregnant so Maggie persuades her to get a dating ultrasound scan that will reveal whether the baby is Harry’s or Nathan’s. When Maggie reveals that the foetus is 12 weeks, Selena sobs that the baby must therefore be Nathan’s.

Also, Jeff realises that Dixie is in love with Cyd and confides in her that his wife is having an affair with his best friend which is why he sleeps around to make himself feel better. Whilst Alice is convinced that Tess and Abs are having an affair.

A man, Rob, is brought in after injuring his leg in a house that he has been doing up. His wife arrives and Rob admits their relationship has suffered since she had surgery to boost her looks.

* Jeff says Dixie’s feelings for Cyd are clear, ‘It’s as obvious as a nun in a knocking shop!’

* ‘You can guess what my friends call me’ patient Stanley Pigg says to Alice. ‘Porkie?’ she replies. ‘No Stan’ he says back.

* When Alice tells Kelsey her thoughts on Abs and Tess, Kelsey says ‘You really think the beanpole and terrier Tess are getting in on in the staff room?’

In this article:Cas Series 21, Ray Brookings 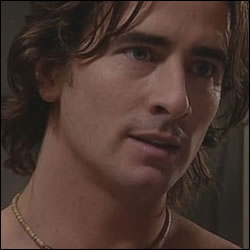 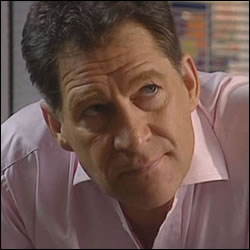 S21 E4 (1 Oct 06) : Heads Together by Joy Wilkinson Episode Summary Selena and Nathan are back together, but she wants to keep it... 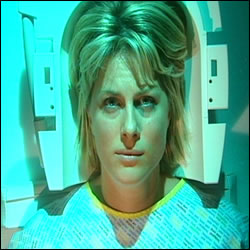 S21 E15 (23 Dec 06) : Killing me Softly by Barbara Machin Episode Summary Part One of a special Christmas episode which tells a day...