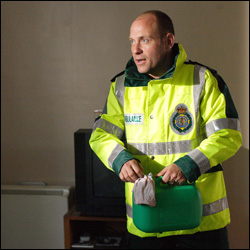 Lenny goes to great lengths to avoid giving his sister bad news. Meanwhile, Mads is torn between the values of her old and new life and Jeff takes the law into his own hands.

Joe comes into the Emergency Department to see his son, Mike, who is recovering after being attacked by Karl and his gang. When Joe meets paramedic Jeff Collier, he insists that Jeff help him take on Karl. Jeff, not realising the extent of Joe’s woes, refuses.

But when Karl and his gang terrorise the ED, Jeff and Karl square up and Jeff is shown a video of Joe eating dog faeces. After Ruth announces what has happened in front of an audience, a mortified Joe tries to take his own life, forcing Jeff to go looking for Karl to exact retribution. Catching Karl halfway through dousing Joe’s flat with petrol, Jeff agrees that burning down the flat is a good idea and grabs the lighter. Will Jeff break the law as he tries to teach the gang leader a lesson?

Mads is saddened to learn that Mrs Ahmed, a Pakistani woman she’s been treating, doesn’t actually have any family despite making up stories about them. Mads is torn between her own family values in Pakistan and the values of the team, led by Zoe, who want her to come to the pub.

Lenny has been avoiding his sister Helen after being been told that they aren’t a suitable donor match. When Helen asks directly, Lenny is put on the spot. Will he have the heart to tell her the truth and dash her hopes of recovery?

In this article:Cas Series 25, Kim Revill 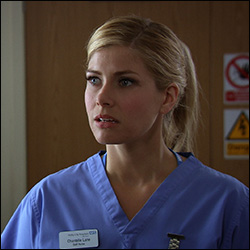 S15 E51 (1 Oct 13) : The Cost of Loving by Kim Revill Episode Summary Hanssen is still wrestling with his conscience after learning... 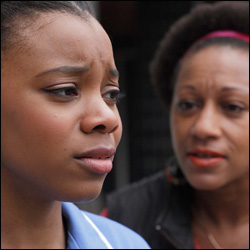