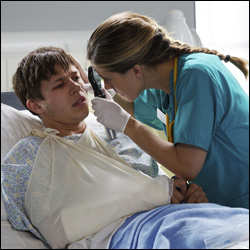 The ED struggles to cope with Zoe’s decision to go public with the E. coli outbreak, while Tom and Sam get closer at the staff Halloween party.

As patients flood the ED scared that they have been affected by the E. coli outbreak, Zoe stands firm on her decision to speak to the press. Determined to find the source, Zoe pieces together the puzzle, but can she alert the authorities before all evidence is destroyed?

Elsewhere in Holby, a young worker, Bart, heads off on his motorbike to meet his girlfriend Bethan. Rather unsteady, he looks like he has never ridden the bike before, much to the amusement of his fellow workers. But as he continues to drive, he struggles to control the vehicle, creating a pile-up, which, unbeknown to Bart, has devastating results for Bethan.

After a long shift, the team finds some light relief when they don their fancy dress to head to a Halloween party. As Tom and Sam mess around in the staff room they kiss, but stop only to find that Dylan has entered the room. Did he see?

In this article:Cas Series 27, Julie Dixon 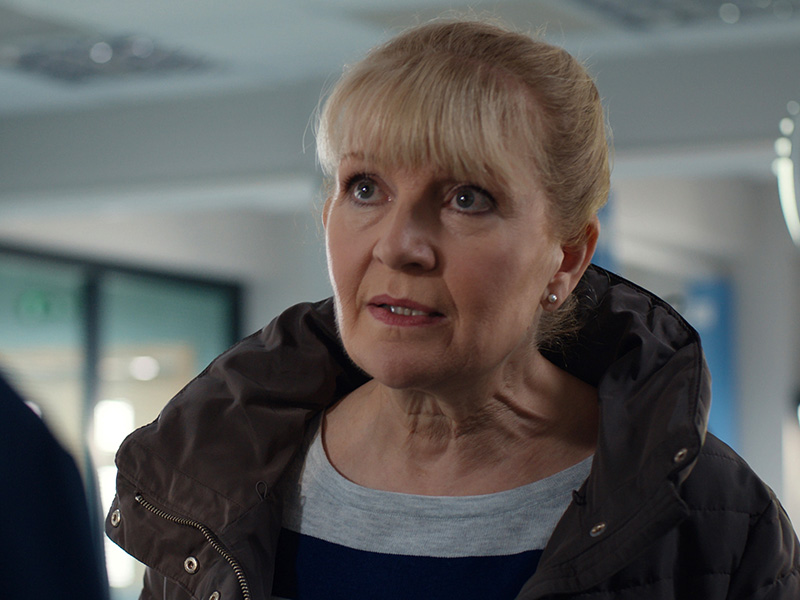 Alicia learns to trust her own medical opinion, and after self-diagnosing herself with dementia, Duffy visits a doctor to get checked. Robyn bans Marty... 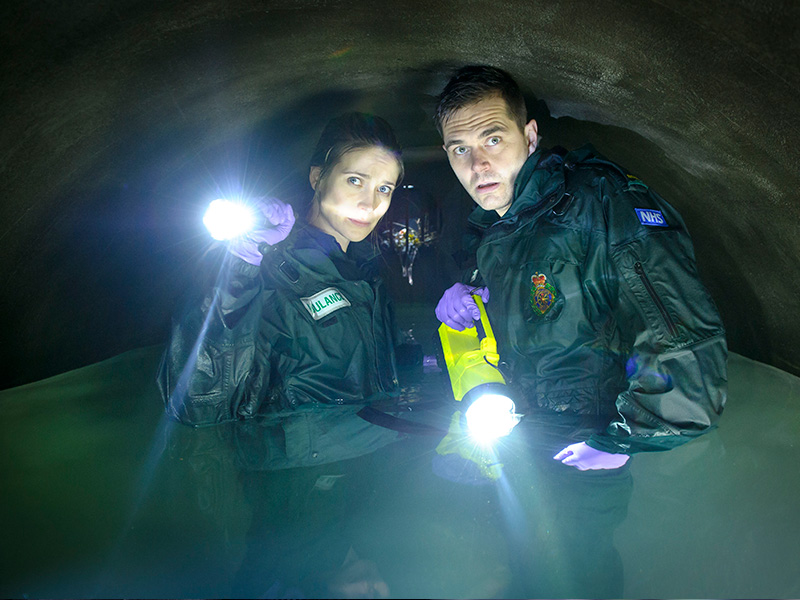 Iain and Sam receive a sharp greeting from unconventional new operations manager Jan Jennings. They are then called to a dramatic incident in a... 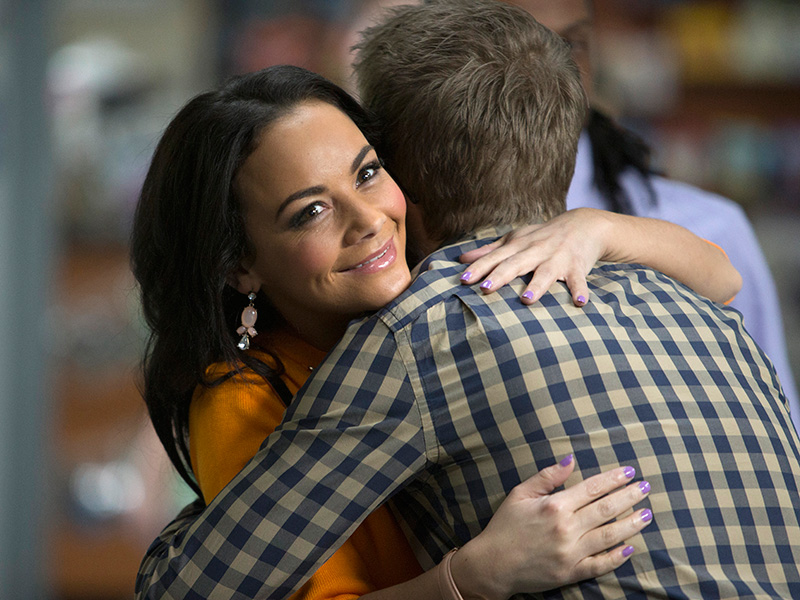 ‘The Next Step’ : Jacob starts his first day at Holby’s accident and emergency department, and he immediately has to put his powers of...