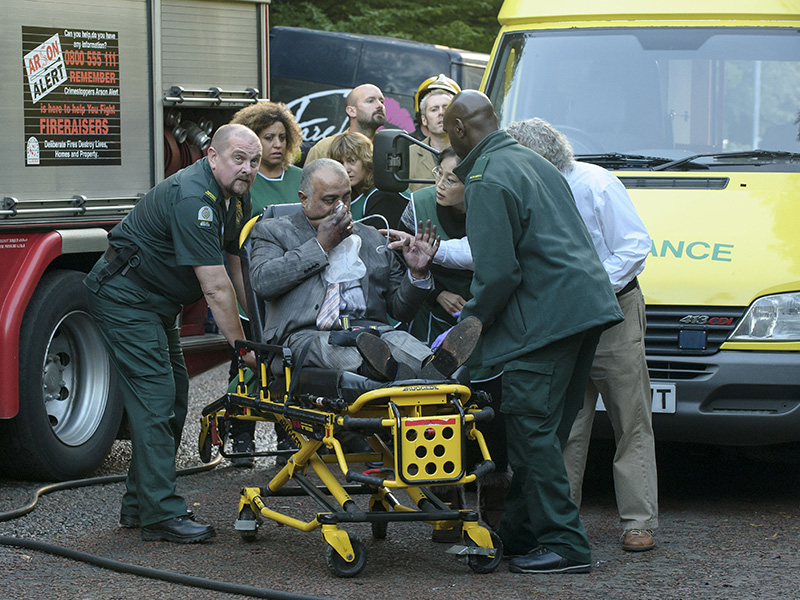 ‘Valentines Day Mascara’ : Warehouse worker Amy panics after finding an engagement ring in boyfriend Bobby’s pocket and tries to avoid an awkward situation by creating a diversion at work – only to cause a fire instead. And when Bobby runs into the building in search of his girlfriend, Iain defies orders by rushing after him.

Elsewhere, Lily steps into the breach as a magician’s assistant when his usual partner is injured in a fall, Cal is furious to learn his late mother has given Ethan responsibility for his share of the inheritance and Zoe faces the prospect of losing a member of the team.

In this article:Cas Series 28, Mark Catley