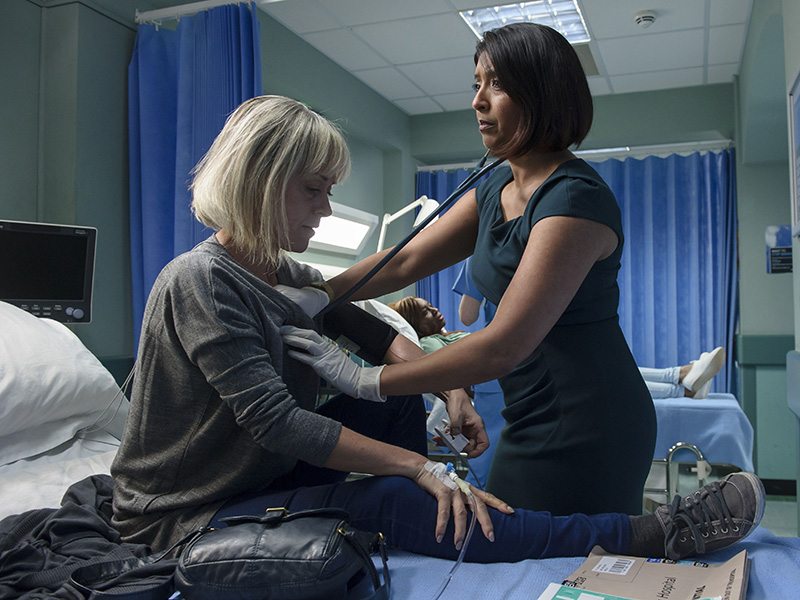 ‘A Life Less Lived’ : Zoe is feeling the pressure of reaching her 40th birthday and finds unexpected support in the form of an ex- patient.

Cal steals Ethan’s proposal idea, but Lily is determined to reveal the truth to Connie. Meanwhile, the competitive duo treat a man who has struck by a falling crate, and when a routine CT scan picks up a pre-existing condition and his son suffers an allergic reaction, alarm bells are sounded.

Meanwhile, a building site accident brings a warring father and son closer together as an illness is revealed, Mac convinces Jeff he’s being followed by Tamzin’s boyfriend Dave, and Rita’s behaviour starts to worry both staff and patients when her drinking becomes impossible to conceal.