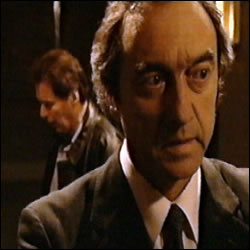 One of Stan Ashleigh’s schemes accidentally causes a widespread power cut in the hospital, interrupting operations.

Mike Barratt considers a transfer to a hospital in New Zealand, to have a fresh start away from Holby. He successfully operates on a young girl, much to her grandmother’s pleasure, despite the fact that he has to operate in pitch black with only torches as light.

New ward sister Chrissie Williams arrives, and is rude to everyone, especially Sandy and Jasmine who take an immediate dislike to her. The pair decide at the end that she’s going to be alright.

Meyer is trapped in a lift with James Campbell, father of ex-patient Alison who died a couple of weeks previously. [ID 572]Sam[/ID] and Alex have to perform an operation that neither has before and do so successfully. After the operation, they agree to put the past behind them and agree to meet up for a drink that night.

Alex finds illegeal drugs on Guy Morton which have the same affect as heroin, and immediately informs the police. Guy is arrested again on suspicion for Victoria Merrick’s murder, but Sam still believes that he’s innocent.

James Campbell is convinced that it was the fault of the hospital that his daughter died, and mentions going over to Victoria Merrick’s flat. It then becomes obvious that he was her murderer. He has overdosed on pills and as a result is getting very weak. He taunts Meyer that people in authority like himself and Meyer find it easy to kill, and tells Meyer that they are very alike. Meyer is determined to make James pay for taking Victoria’s young and talented life, and desperately tries to save him but to no avail. When people from the mortuary are taking his body away, Meyer places the photograph of his young daughter in the body bag with him. 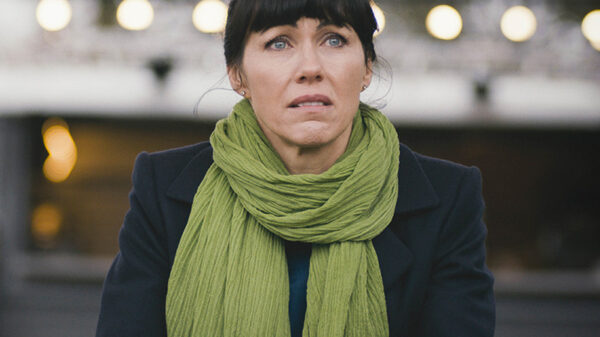 Jacob admits that he does not feel ready to move in with Tina, so she responds to the rejection by flirting with Matthew in...